A group on the aegis of Imo Liberation Mandate has mounted pressure on an illustrious son of Imo state, Sir Stanley Amuchie to contest the Imo state governorship election, come 2019.
Addressing the press shortly after their meeting in Owerri over the weekend, the Director General of the group, Chief (Sir) Humprey Onukogu, said with the level of poverty, hardship and trauma, Imolites are presently subjected to recently, there is dire need for a seasoned and experienced administrator, technocrat and banker par excellence with outstanding track records, antecedents and pedigree like Chief Stanley Amuchie, to take over the mantle of leadership.
He averred that with Stanley Amuchie’s experience in wealth creation and the management of men and other material resources, the lost glory of Imo state will be restored, industrial and economic development fast tracked and the state will be taken to the next level without waiting for or hoping on federal statutory allocation”.
Chief Amuchie berated mischief makers and fifth columnists who delight in blackmailing and denting the image of the high profile technocrats like Chief Stanley Amuchie who should be persuaded and implored to assume political leadership positions o as to right the several wrongs and impact positively on the lives of the people.
He recalled that “our best brains and leadership materials in this state have often been coerced and stampeded into abandoning their political ambitions only for fraudsters, political misfits and 419ners to emerge. This development he said is to the collective detriment of the people. Besides, “the arrowheads of these blackmails and pull him syndrome and antics” have through sponsored, false and misleading publications embarrassed themselves as political dwarfs and never do wells who lack conscience and passion for the welfare of the people. They are only interested in pecuniary benefits and stomach infrastructure. They are afraid and jittery now because it has dawned on them that with the entrance of transparent and welfare oriented people like Chief Amuchie in the governorship race, their game is up and they will no longer feast on the suffering, sorrow and agony of the people”.
He stressed on the need for well meaning individuals and groups to continue to mount pressure on Chief Stanley Amuchie to persuade him declare interest in the governorship race because he has all that it takes to take Imo to the promised land. According to him, “Anambra is a model state and a reference point today because they have always shunned professional politicians in preference for seasoned administrators, technocrats and professionals in the mode of Sir Stanley Amuchie who, by virtue of their backgrounds have blue prints for wealth creation, financial management and application on how to make every kobo count without embarking on white elephant projects that don’t add value to the people’s life and welfare. He further hinted that Anambra is today a model state because their past and present governors, Peter Obi and Willie Obiano respectively understand the value of every 1 million naira and kobo that accrue to the state through either Internally Generated Revenue (IGR) or federal allocation. This is not about gimmicks or rocket science but prudent financial management and wizardry.
“Chief Onukogu is certainly on the same pedestal with Peter Obi, Willie Obiano if not higher, hence we should keep urging him to accept to contest”, he averred.
He reiterated the willingness of his group to mobilize across party lines to ensure that the Mbaise born acclaimed manager of men and resources emerges as the next governor of the state should he indicate interest to contest”.

Posted by Watchdog Newspaper - January 16, 2021 0
As Senator Uzodinma who was declared Governor of Imo State by the Supreme Court on January 14th 2020, clocks one year… 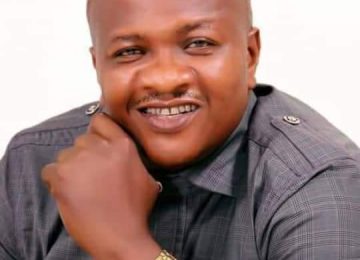