The All Progressives Congress (APC), has distanced itself from a publication in the Frontline Express Newspaper of 6th June 2018, with the headline “Party cedes guber seat to Owerri Zone”. The publication gave the impression that whereas Owerri Zone is to produce the governorship candidate, Distinguished Senator Ifeanyi Araraume and Okigwe Zone were asked to produce running mate.

The Publicity Secretary, of Imo APC, Engr. Nwabueze Oguchienti, in a release, described the story as malicious, mischievous and remarkably irresponsible aimed at causing disharmony and mistrust, among members of the coalition and other party faithful.

He maintained that there was never a time that members of the party executives or stakeholders met anywhere to discuss such issue, as zoning or sharing of offices hence it exists in the distorted and warped imagination of disgruntled, defeated and frustrated elements who want to vent their emotional and psychological trauma on others, by instigating discord, and acrimony in the ranks and file of the party.

The release posited that the story portrays the desperation of its sponsors, to perpetuate themselves in power, “contrary to provisions and guidelines in party’s constitution to ensure that credible candidates at all levels emerge strictly through free, fair and transparent processes”, including organizing a state party primary election or congress.

Continuing, he said that the leadership of the party at all levels, are presently concentrating on how to ensure the smooth administration, successful and hitch free national convention and also to strategize and work assiduously for the party’s victory in the 2019 election.

“Imo APC is presently united, and well positioned under our indefatigable chairman, Dr. Hillary Ekeh. We are very grateful to our resilient and courageous stakeholders who have made enormous individual and collective contributions to rescue APC from imminent destruction and will therefore refuse to be distracted from achieving the goals and ideals of good governance for Ndi Imo in 2019”.

They called on the general public to disregard ignore and discountenance with such fabricated tissues of lies aimed at deceiving, distracting and misinforming the people. He also advised journalists to clarify issues before publication in line with ethics of journalism and avoid being used as willing tools by desperate politicians. 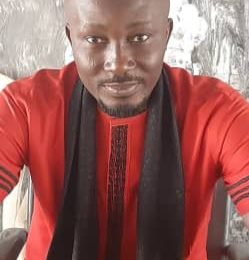