Barely 48 hours after an FCT High Court in Bwari, Abuja adjourned the matter between Uche Nwosu and senator Hope Uzodinma, indefinitely, as regards the party’s Imo state governorship ticket, on the strength of a petition signed by one Bisike Chinaka, accusing the presiding judge of being biased a reliable source at the All Progressives Congress (APC) Secretariat in Abuja has confided in this reporter that, presently, there is nothing the party can do for Okorocha, aside giving him the ticket for Orlu senatorial zone.

According to the source, the APC National leadership has been inundated with calls and complaints of the efforts Governor Okorocha and some of his colleagues are making to remove the party’s National Chairman, Adams Oshimhole from office. According to him, “it will not alter our focus, as we are resolute and determined to win the 2019 presidential election, against all odds. Besides, the party knows that dancing to Okorocha’s tune, as regards the Imo state governorship ticket, will pitch Imolites against President Buhari’s second term bid and the party may ultimately loose in Imo state. The National leadership of the party, had set up a committee to feel the pulse of the people, and thereafter, concluded that Governor Okorocha has lost his goodwill of the people. Hence, the decision to give the party’s governorship ticket to a more acceptable person”.

The source also revealed that most of the governor’s Agburu candidates for the Imo State House of Assembly may not eventually emerge as the flag bearers, as the party’s eventual governorship candidate will be allowed to field his loyal and committed supporters who will not sabotage him at the election. “That is politics. Anybody who thinks that a governorship candidate will work with strange bed-fellows is making a terrible mistake”.

Meanwhile, most of Okorocha’s supporters and Agburu House of Assembly candidates have decided to fight their battles on their own. They are now reaching out to the National leadership of the party, because “they believe that if they keep quiet, their fate will be like that of the National Assembly aspirants, who banked their hopes on the embattled governor, not knowing that he was only interested in his senatorial ambition and the governorship aspiration of his son-in-law. For instance, he got a court order restraining INEC from subtitling Uche Nwosu’s name, without making a case for others”.

It was also gathered that those who lost in the race for National Assembly tickets are now seeking opportunities in other political parties. Former Deputy Chief of Staff, (Operations) Engr Kingsley Uju, is reported to have expressed his disappointment with Governor Okorocha, who, inspite of all he did for him, could not guarantee him the Ohaji/Egbema/Oguta federal constituency ticket, hence, he and other members of the Governor’s kitchen cabinet, like Prof Obiareri and Dr Pascal Obi, who also feel the same way are being mocked by those they fought for Okorocha’s sake. 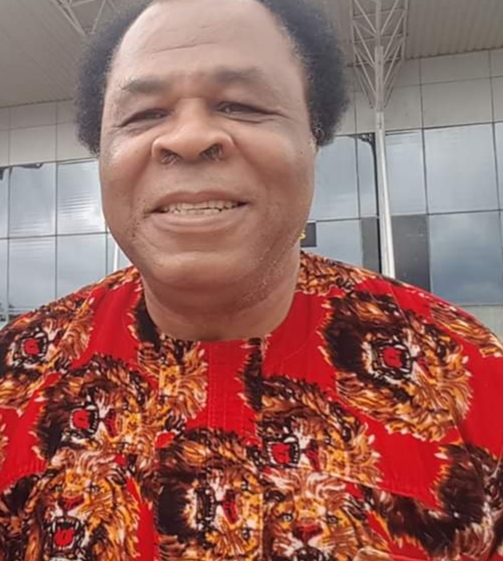 Posted by Watchdog Newspaper - December 3, 2021 0
The Attorney to FUTO host communities and an Owerri based estate surveyor and values, ESV Chief Sam Anokam has commended…