Business activities and traffic came to a halt for some hours in the Imo State Capital, Owerri, yesterday, July 10, 2019, as thousands of Imolites from all walks of life (estimated at over 5000) including women and youths mobilized under the auspices of the Association of Imo State Indigenous Town Unions drawn from the three Senatorial Zones of Orlu, Owerri and Okigwe and led by their Chairman and National President of Orluzurumee Socio-cultural organization, Chief (Dr) Emeka Diwe and other affiliate groups, took to the streets protesting to the incumbent governor, Chief Emeka Ihedioha, to institute a high powered judicial probe of the activities of the former Governor, now Senator Owelle Rochas Okorocha, and his rescue mission administration.

The protesters which gathered for the first time since after the town unions were sidelined for the past six years following the unconventional and constitutional introduction of community government councils in 2012, to replace them, had gathered in front of the state owned International Conference Centre,Owerri,accompanied by some of their leaders, artisans, traders etc from where they marched through the ever busy and popular Bank road, down to the Imo Government House where they waited to see the Governor, Rt. Hon. Emeka Ihedioha, and present their grievances and avalanche of demands.

Some of the groups that featured in the mass protest include Orluzurumee, Olu Owerri, Olu Okigwe, Amalgamation of Imo Professional Associations (AIPA), the Student Unions and various youth organizations

The protesters said,“we are concerned and indeed compelled to protest and make this demand on Governor Ihedioha to act because we represent the vast majority of the poor and defenseless citizens of Imo state at grassroots, whose rights have been trampled upon and suffer the greatest impact of bad governance”.

They contended that “during the ruinous misrule of Chief Okorocha, Imo State went through a sort of untold financial hemorrhage as resources were frittered away and public assets looted and converted to private use”. As if that was not enough, the former Governor plunged the state into irredeemable debt-slavery to the tune of over N200 billion, a debt stock that will remain unpayable even by the ten generations unborn.

The group recounted myriads of unaccountable anomalies of that ill-fated government and observed that up till now the Ihedioha government had not done much pertaining the general hues and cries of the citizens concerning the massive rape and looting of the commonwealth, which they said should be recovered for public use.

They pointed out that, “under the watch of Rochas Okorocha, the bailout funds released to Imo state for settlement of arrears of workers, pensioners entitlement and severance allowances of elected and legislative officers, inexplicably disappeared at the residence of Okorocha’s son-in-law, Uche Nwosu, and he neither bugged nor stirred”.

Worst still, allocations to the twenty-seven (27) LGAs of the state were hijacked and looted and the system and made or deliberately rendered moribund”, they exclaimed.

The protesters in their various groups while marching along the streets and at government house, Owerri, chanted anti Okorocha songs and slogans, indicating that the former Governor had wrecked havoc on the social and economic life of the once thriving state, and hence should be investigated.

They expressed concern that staggering and humongous sums of money were voted for the construction of supposed general hospitals, which never saw the light of the day. Revenue spinning investment of the state notably the Concord Hotels and Adapalm etc, were sold off to unknown investors and at unknown rates. The Internally Generated Revenues (IGR) of the state were literally handed out to family and friends and on a monthly basis, nearly One Billion Naira (N1 billion) disappeared through that channel. Even the civil servants got their salaries arbitrarily slashed by thirty to forty percent. Imo pensioners, men and women who expended their energies and youthfulness, their brains and their brawns in service of our state were left unpaid for nearly sixty months and they died in their tens, on a daily, steady and regularly basis”.

When the Governor surfaced at Government House to accost the unprecedented mammoth crowd, the protesters presented to him a letter demanding for immediate public probe of the administration of rescue mission government led by Owelle Rochas Anayo Okorocha, that ruled and governed Imo state without due process and rule of law, but with absolute impunity, recklessness, insensitivity, mindless looting and highhandedness.

In the four paged letter, they listed over thirty specific points or issues which they wanted the Governor to quickly act on and subsequently they recover from Ex-Governor Okorocha, and his accomplices, those assets stole from the public.

The peaceful crowd stated that, if the present government is not willing or capable of carrying out a clean probe of Owelle, the Imo public through the various unions, should be allowed to institute and execute a public probe of that administration from 2011 to 2019.

Addressing the crowd, the Executive Governor acknowledged and accepted the letter of protest and charterBanner of demands, but pleaded with the people to be calm and remain peaceful without taking the laws into their hands. He assured them that with the singular Treasury Accounts system now operative and functional in the state, all public accounts will be rendered. He said that with some patience things will take normal shape and there will be accountability of all public activities and enterprises.

Among items listed for recovery include the N2.6 billion taken from council funds by Owelle Rochas Okorocha, the Eastern Palm University built with state funds, but personalized by Okorocha, N96 billion being the stolen portion of Imo’s IGR, for eight years, over N40 billion looted through the failed 27 general hospitals, old IBC staff quarters at Orji and the Imo legislative quarters, to mention but a few. 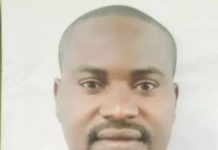 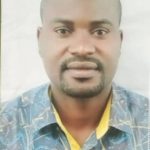