Following the recent order given by Nnamdi Kanu, the leader of the In­digenous People of Biafra (IPOB), to attack any Nigerian leader who travels abroad under any disguise, members of the group have since converged in Japan in anticipation of the visit of President Muhammadu Buhari, and his presidential entourage

President Buhari is billed to attend the Seventh (7th) Tokyo International Conference on African Development (TI-CAD7), which will take place in the City of Yokohama, between August 28 to 30th, 2019. He is expected back on Au­gust 31, probably after the conference.

A statement by the Special Adviser to the President on Media and Public­ity, Femi Adesina, states, “President Buhari will deliver Nigeria’s Statement during Plenary Session there, in which he will appraise Nigeria-Japan rela­tions and take-aways from TICAD6”.

Nnamdi Kanu, had earlier boasted that his group will certainly disgrace and arrest Presi­dent Buhari as soon as he arrives the Asian country on Sunday. He insisted that President Buhari must be arrested and handed over to the Japanese authorities to enable him answer for his alleged crimes against humanity, which he al­legedly committed in Nigeria between 2015 and 2019. The Pro-Biafra leader urged his members in the country to mobilize and ensure that they arrest President Buhari, saying they were ready for the legal aftermath of the ac­tion.

He said this shortly after members of the group had similarly attacked former Deputy Senate President, Ike Ekweremmadu in Nuremberg, Germany, at a New Yam festival event, to which he was invited as guest speaker.

Meanwhile, Lagos State Governor, Mr. Babajide Sanwo-Olu and his other colleagues, also joined President Buhari’s entourage, follow­ing an invitation to the event by the Japa­nese government.

A statement by the Governor’s Chief Press Secretary, Mr. Gboye-ga Akosile, said Sanwo-Olu would join president Buhari on the third Plenary Session of the conference, where the President is expected to give a keynote speech on Nigeria-Japan relations and take-aways fromTICAD6.

The Governor is also expected to attend a state banquet to hon­our the invitation of Emperor Naruhito, at a tea reception at the imperial palace in Tokyo.

Sycophancy At Its Peak?Imo Assembly Again Passes Vote Of Confidence On Uzodinma

Posted by Watchdog Newspaper - March 18, 2022 0
Imolites of diverse persuasion have expressed concern about the activities, actions and inaction of members of the 9th Imo state house… 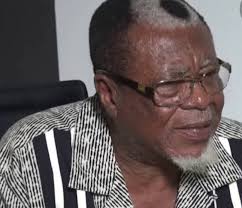