Special Adviser to the Governor of Imo State on Local Government and Chieftaincy Affairs, Hon. Chukwudi Mayor Eze, has called on Orlu youths to focus on acquiring the skills that will make them relevant in a competitive world.He made this call in Orlu on Saturday during his installation as Patron of the apex youth umbrella in Orlu zone, Orluzurumee Youth Assembly.The Orlu-born former reps member stated that the economy of this new age is knowledge-driven, and added that for the youths to remain ahead they must redirect their energies towards productive ends. He also counseled the youths to shun social vices, and reminded them that the only path to success is hard work.The Ikenga Orlu further urged the youths to support the Rebuild Imo Administration which he said is determined to transform all sectors of Imo state. He lauded Orluzurumee Youth Assembly on its vision, achievements and enviable organizational strength, and thanked the leadership for providing Orlu youths with the platform to realize their better selves.The installation of Mayor Eze marked the first official event at the Secretariat of the Assembly since it was commissioned a week ago.In his remarks, the President of OYA, Comrade Christian Okolie, described Mayor Eze as the pride of Orlu youths and noted that his installation as Patron is a vote of absolute confidence in his capacity and depth of his socio-political insight.The President also inaugurated the Ohaji/Egbema, Orlu and Obor community chapters of the Assembly, and charged them to be good ambassadors of Orluzurumee Youth Assembly. 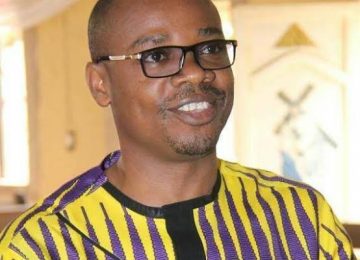 Posted by Watchdog Newspaper - January 7, 2022 0
“The removal of Senator Ifeanyi Ararume as Chairman, Board of NNPC has finally confirmed our allegation that Governor Hope Uzodinma…