The member representing Ihitte/Uboma in the Imo State House of Assembly, Hon. Michael Onyemaechi Njoku (Crown) has promised that the memories of late Senator Benjamin Uwajumogu will forever live in the heart of Ihitte/Uboma people, Okigwe zone and Imo State as a whole and that his name will be immortalized.

He made this statement while addressing the press on Friday, February 21, 2020,, during the burial rites of late Senator Benjamin Uwajumogu at his home Umuihi in Ihitte/Uboma LGA.

According to him, though the late Senator Uwajumogu is no more, the people of Ihitte/Uboma will sustain his legacies. “We will fight for what he believes in because he was a good man. We will make sure that his memories live in our hearts and in anything we do.

He appreciated the Governor of Imo State, His Excellency, Senator Hope Uzodinma for immortalizing late Senator Benjamin Uwajumogu by naming a college of education after him. He added that to further immortalize him, some of the roads in Ihitte/Uboma and some of his achievements will be named after him because he was a great man and a hero who served this state well in his capacity as the constitution of the state applies and a Speaker of Imo State House of Assembly, who successfully ended his tenure without impeachment unlike his successor.

He prayed that God will protect and give the family of late Senator Benjamin Uwajumogu the heart to bear the loss and be their father to comfort them.

He also appreciated the Governor of Imo State, His Excellency, Senator Hope Uzodinma and his Deputy, the Senate President and Deputy Senate President, all the Senators and members of the House of Representatives, Abia State Deputy Governor, House of Assembly members and all the dignitaries who came to mourn and sympathize with them over their irreparable and painful loss. He prayed that nothing like this will ever happen again. 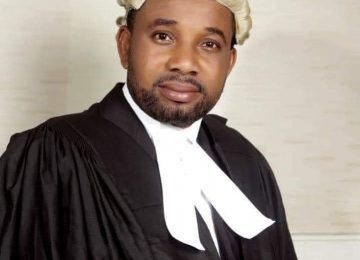 Posted by Watchdog Newspaper - May 13, 2019 0
The Abuja High Court which had in a ruling on the eve of the 2019 Presidential and National Assembly elections,…