Contrary to a media publications which featured on the Newspoint Edition of Monday 15th June, 2020, alleging that the Commandant-General of the Imo State Civil Guards Corps (ICGC), Prince Martin Ekeh (Ph.D), had accused the Imo State House of Assembly of corruption, the commandant has debunked the allegation insisting that the retired former commandant of the corps was not reinstated by the State Governor, Senator Hope Uzodinma.

Addressing newsmen in his office while making the refutal on Monday, Prince Ekeh stated that the unfounded allegation of accusing the state legislature was the antics of the retired commandant of the corps, Mr. Ejifugha, whom he said, handed over to him after his retirement from five (5) years in service.

He however urged the former commandant general of the corps, Mr. Ejifugha to allow him to face the onerous task of leading the affairs of the Corps as commissioned him by the State Governor. Prince Eke maintained that he is determined to propagate the 3R agenda of the Governor especially, as it concerns rehabilitation and recovery of the lost glory of the corps overtime.

The embattled corps Commandant General in the State noted with dismay that Mr. Ejifugha is still fabricating falsehood against him in order to create disaffection between him and the Imo State House of Assembly, as he clarified that, he only opposed the publicity given to a mere recognition of the Ex-Commandant General by the IMHA without the approval of the State Governor and never accused them of any corrupt practices. 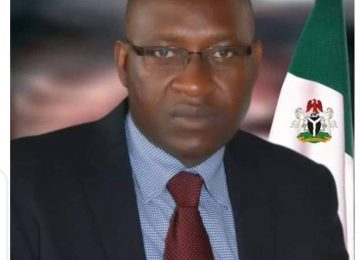 Posted by watchdog - November 21, 2017 0
By Anselem Anokwute The Association of Ideato South Professionals of Nigeria in its 2nd edition of AISPN Academic Awards and…

Imo UPP Distances Self From Call For Cancellation Of Imo Guber,Congratulates Ihedioha

Posted by Watchdog Newspaper - March 13, 2019 0
By Martin Nwoko The Imo State chapter of United Progressive party,UPP has reacted to a publication by one Kelechi Chukwu…