The Peoples Democratic Party (PDP) Imo State chapter has issued a statement accusing the Senator Hope Uzodinma led government of attempts to clamp down on the opposition, alleging threats, intimidation and harassment of persons, who seem to have divergent views and opinions from those of government.

In a fifteen paragraph statement issued and signed on behalf of the party by the State Publicity Secretary, Mr Ogubundu Nwadike, the party cited a number of recent events and issues to gag the opposition to submission including the use of security operatives to clamp down on supporters of the opposition.

They contended that the current onslaught against the opposition is a source of worry and apprehension and also unacceptable to PDP as a party.

The party contended that the provocative and repressive actions being carried out by the Uzodinma government to weaken the opposition are evidence of bias and are in the public domain but they remain undaunted, not acceptable to them.

The statement referred to the arrest and detention of Mr Ambrose Nwogwugwu, New Media Director General of PDP, who has been in the custody of the Department of State Security (DSS) on the orders of the State Governor since May 28, 2020, and how he was smuggled to the Magistrate Court with intent to jail him and how all attempts to secure his bail by his lawyers were foiled.

Posted by Watchdog Newspaper - May 20, 2020 0
–      Shame  mischief makers The record of achievements of the Executive Secretary of the Imo State Secondary Education Management Board (SEMB),… 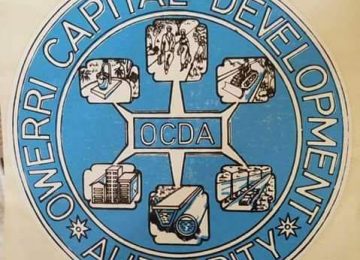