The Charlie Boy Oputa led OurMumudondo group held an emergency meeting in Abuja yesterday, 21st December 2017, where they reviewed the programmes and policies of the Imo State government, under Rochas Okorocha and their impact on the people.

The leader of the group Charles Oputa (Area father), who also hails from Imo state, expressed dissatisfaction with the state of affairs, stressing that he had severally restrained himself from mobilizing the people to ensure that government does the right thing. He however regretted that with the prevailing style of governance and the way things have continued to be, he has no other option than to draw the attention of the international community to happenings in the state.

The organization, which was not part of the recent protest recently organized in the state, is said to be strategizing on how best to salvage the people from the present government’s ineptitude and mal administration.

According to a source, the political pressure and human rights group is likely to meet in Owerri any moment from now, to review unfolding developments in the state and take a stand.

They also condemned the action of the police who were alleged to have fired tear gas canisters at unarmed demonstrators who engaged in peaceful protest on the streets of Owerri, the Imo State capital. The National Publicity Secretary of the group, Comrade Raph Adebayo, while addressing the press, reiterated that no amount of threat and intimidation will deter them from doing the needful, in the interest of the people, who have been impoverished, oppressed and humiliated, by those elected to protect them. 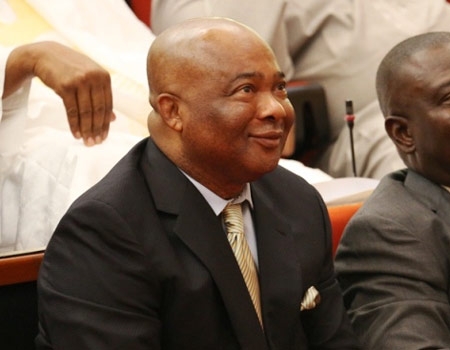