An illustrious son of Orlu community in Orlu LGA of Imo state and Chief Executive Officer of AIFY Global Aluminum Company Ltd, Engr. (Chief) Ifeanyi Nwagu on Sunday 31th December 2017, donated a 500KVA transformer to his community and also commissioned a road he built for them. The indigenes, who were overwhelmed with happiness, joy and excitement trooped out in their numbers, to appreciate and eulogize their son, whom they said, had made them proud in various ways.

Speaking at the occasion, Engr. Nwagu, said the gesture was borne out of his zeal and passion to contribute to the development of the community and also put smiles on the faces of the people, “because we are blessed to bless others”. He also noted, he would not have been able to do it without the support and encouragement of his beautiful and amiable wife, Lolo Azuka Nwagu, who was also present at the occasion.

In his response, the House committee chairman on FERMA and legislator for Orlu, Orsu, and Oru East Federal constituency in the National Assembly, Hon. Jerry Alagboso, said, he has seen the new constructed road and is highly impressed with it’s quality and standard. He expressed delight and excitement that a young man who is neither in government nor in active politics, could benevolently do this much for his people.

Also speaking, the Traditional Ruler of Amafuo community, in Oru West LGA, and former deputy vice chancellor of University of Nigeria, Nsukka (UNN), HRM, Eze Prof. Peter Ebigbo, commended Engr. Nwagu for his kind gesture, stressing that, he has always known the Nwagu family as one that is passionate about the growth and development of the community, right from when their late patriarch was a catechist. “I am therefore, not surprised that his son is doing this today” he described the young entrepreneur as a role model for Nigerian youths and other industrialists to emulate, by always coming home to invest in their communities.

Similarly, the Traditional Ruler of Orlu, HRM, Eze (Dr) Patrick Acholonu, who came with his entourage, prayed for Engr. Nwagu’s family, and wished them happy and prosperous New Year. He also prayed that God should replenish their pockets. 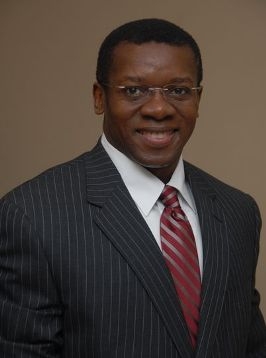