Professor Protus Nathan Uzoma, a university don and renowned social crusader has admonished Imo state indigenes to work as a team to bring desired change in the state through the United Progressive Party (UPP) come 2019. He expressed this view in a press conference held last Saturday, 6th January 2018.

According to the UPP chieftain, the party has all it takes to enhance the progress and development of Imo state into progress. It is prepared to give Imo the needed positive change. The party will support a credible person especially from Owerri and Okigwe zones. “The two zones that have not enjoyed the dividends of leadership in Imo state”.

He said that Orlu zone will help to enthrone the right person from either of the two zones, come 2019. As the Secretary of the Orlu Council of Elders, the highest decision making body in Orlu zone, Prof. Uzoma said, the council will soon meet to address the issue of zoning in Imo.

The erudite scholar and former running mate to UPP governorship candidate in 2015 general election stressed the need for unity and cooperation among political parties, maintaining that politics should criss cross parties. He enjoined Imo people to put their acts and resources together to redeem Imo from a man who has put the state in dungeon and indebtedness, stressing that the present governor has lost focus and has recorded no tangible achievement. “There is no functional industry in the state. It would have been advisable for the governor to use the funds he used in erecting statues in Imo state, to revive factories and industries. How has molding statues enhanced the economy?”

He noted that the worst thing that will happen to Imo is to allow the governor, Owelle Rochas Anayo Okorocha to succeed himself by proxy. “He wants to put someone who will cover his track and use the person to control Imo state. “He has made Imo state a laughing stock and subject of mockery everywhere” he quipped.

Prof. Uzoma posited that Imo state needs a governor like Senator Ifeanyi Araraume, Okey Ezeh, Emeka Ihedioha or Prof. Protus Nathan Uzoma, that will probe governor Okorocha and bring him to book for his excesses. He emphasized on the qualities of a leader we need in Imo now. “We need a God fearing leader that has integrity, a leader with charisma and knowledge of financial management, an amenable leader who is equally a good follower. 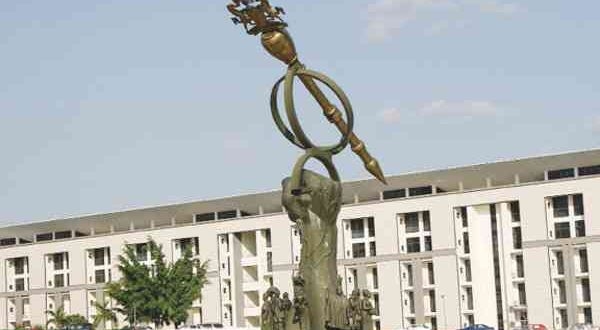 Posted by watchdog - January 26, 2018 0
The Council for the Regulation of Engineering in Nigeria (COREN), has described all the bridges, flyovers and roads, constructed in…