By Nze John
Professor Jude Njoku’s tenure as the Vice Chancellor of Federal University of Technology Owerri (FUTO) cannot be easily forgotten. This is because the University witnessed monumental physical and intellectual transformation that has become permanent features of FUTO’s cultural
and intellectual heritage.

The Ngor Okpala born Professor of agricultural economics assumed the mantle of leadership in FUTO as the 4th substantive Vice Chancellor of the University in 2000 at a period of great intellectual and infrastructural challenges.

Indeed, FUTO was at a cross road occasioned by the sudden exit of the then incumbent Vice Chancellor, Engr. Prof. C. O. G. Obah. The University was factionalized along the Pro and anti Vice Chancellor’s groups as well as those who felt alienated from goings-on in FUTO by the administration, which climaxed during the time the institution had an acting Vice Chancellor.

His first challenge was to unite the various dissenting groups in the University into one family – a feat he accomplished with astonishing success owing to the fact he ran an all inclusive administration which carried everyone along. The Professor also built confidence and trust in the University community by upholding all appointments made by the then acting Vice Chancellor, Professor C. C. Ntamere. He also followed a reconciliatory policy towards his supposed adversaries, especially those who openly fought his bid to become the Vice Chancellor. In short, he adopted a policy of no victor, no vanquish which gave everyone a sense of belonging.

To provide an equal playing ground for all, when eventually he decided to make changes, a policy of natural succession was introduced in the appointment of heads of departments. Each academic unit was made to compile a list of its staff arranged hierarchically according to seniority, and he judiciously adhered to this order in picking heads of departments throughout his tenure, irrespective of tribe, religion, state, sex and perceived political groupings. The person so appointed lasted for only two years thereby demystifying the office which was previously seen as
exclusive preserve for Vice Chancellor’s favourites. Till today in FUTO, except with few exceptions, it has become a norm in FUTO, and head of department position is now like a barber’s chair, soldier goes, soldier comes. No more infighting, bickering or acrimony as was the
case before Professor Jude Njoku’s tenure.

This eminent Professor and articulate human manager’s administration was anchored on principles of justice, fairness and equity – a regime that gave every staff a relaxed mind and equal opportunity to contribute to the rapid development of the University. He was more interested in competence and ability to deliver, rather than where you come from.
As a man who believed so much in the principles of devolution of power and orderliness, he ran a decentralized structure where Deputy Vice Chancellors, Principal Officer of the University, Deans of Schools, Directors, Heads of Departments and Coordinators of Units were allowed to operate their financial codes, recommend their staff for promotion and/or discipline appropriately and ran their offices freely, but in strict compliance to the relevant rules and regulations establishing the University and extant decisions of the University Senate and Governing Council.

As a consequence of the afore-mentioned, he maintained a cordial relationship with all organs of the University.

To ensure sustained peace on campus, he introduced regular consultative assemblies with staff and students as well as periodical meetings with all campus organized labor and students’ unions. Professor Jude Njoku as Vice Chancellor maintained harmonious relationship and a
policy of non-interference in Union (ASUU, SSANU, NASU, Technologists and Administrators) activities. He equally initiated the Parents’ Management Forum (PMF) and met periodically with traditional rulers and representatives of various host communities of FUTO. To ward off hostile
attacks from the host communities, he deliberately cultivated a harmonious relationship with them by granting them preference in qualified admission, employment and contracts.

The result of this human engineering was that for the first time in the history of the FUTO, there was no students’ unrest; no host community protest and no local strikes by any of the staff unions. The good story was that national strikes were obeyed with FUTO style – preserving the
only technological heritage of the Ibos and their South-South neighbors. The FUTO style ensured there was uninterrupted academic calendar for the period of his leadership – a feat no other Vice Chancellor was able to accomplish and for which he was named the Best Vice Chancellor in Nigeria in 2004.

Having established himself as one of the topmost performing Vice Chancellors in the country, he was able to secure the National University Commission’s approval for the establishment of the School of Health Technology and splitting of some existing departments that met the requisite criteria such as Biological Sciences and Agricultural Economics and Extension. Anchoring on same cordial relationship, to reduce the agonizing and heart-breaking experiences of candidates (and their parents/guardians) that possess good school certificate and/or other
approved ordinary level results, but could not scale through the hurdles of University Matriculation Examination (UME), he did establish the Pre-degree and Science Lab Technology (SLT) programs which to large extent acted as shock absorber.

Equally of note is that during his Vice Chancellorships period, he was able to secure the approval of the Minister of Education and Governing Council of the University that there was very wide gap between staff and students ratio in FUTO to create large number of academic and nonacademic vacancies in FUTO. For the first time, these vacancies were duly advertised in both local and national media announcing all the positions and stating the date for both written and oral interviews. The result of the multiple question based written interview was announced same day and those that passed were requested to come for the oral interview. A visit today will reveal that apart from the few foundation staff remaining, the cream of the best academic and non academic staff in FUTO today were products of this noble exercise which was based on merit and geographical spread rather than who do you know.

In a bid to accommodate the new school and departments as well as the large scale recruitment, and in realization of acute shortage of fund in the University occasioned by four years of lack of capital grant from the Federal Government, Professor Jude Ejike Njoku vigorous pursued
infrastructural development by constituting the very first known successful Endowment Fund Committee headed by the current Vice Chancellor of FUTO, Professor C. C. Asiabaka and with himself as a driving force. The team cris-crossed all major cities in Nigeria looking for fund from
and partnership with philanthropists and corporate bodies. It is on record that Corporate bodies, particularly those with worthy Ibo sons in key positions such as NBL Plc, Zinox Computers limited, Orange Drugs, Nigerian Maritime Authority, CBN and other individual donors
responded very positively to the Endowment Fund drive to the surprise of hitherto doubting and minds. The Parents Management Forum (PMF) also contributed significantly as it built the 500 capacity lecture auditorium and 137 bed students’ hostel.

Quite contrary to most Nigerian leader’s style of abandoning predecessors’ projects, Professor Jude Njoku first completed all ongoing projects while building new ones. One of such projects was the new Senate building which he completed and moved the main administrative structures of the University into. During his tenure, 23 structures were built including the new School of Agriculture and Agricultural Technology complex, School of Health Technology building and many lecture theatres.

Professor Jude Njoku devoted time to campus beautification and linkages with both foreign and local institutions. Some of the international linkages include those with Tennessee State University Nashville USA, Prarie View A & M University Texas USA and Howard University Washington DC USA with students and faculty exchanges.

It is pertinent to mention that the National University Commission in realization of the high level of increase in infrastructural facilities and number of staff approved the increase in students’ enrolment as within the five years of his stay as Vice Chancellor the students’ population jumped from 10, 000 to 20,000. He followed this with introduction of indoor and outdoor sports facilities on campus, strict security monitoring through the establishment and empowering of students’ security organs such as the man-o-war and vigilante, re-introduced students government which had been banned for years with active and free democratically elected students’ union. These helped in eradicating cultism as vibrant and politically minded students found joy in participating in students’ serving in executive council, representative council and judicial arms of government in the Students Union Government.

He did also encourage active religious activities on campus by granting venues for Christian fellowships and gave lands for the building of permanent structures for places of worship for both Catholic and protestant churches.

Similarly, Professor Jude Njoku instilled and upheld the strict academic discipline for which the FUTO was known for as he with the approval of relevant organs of the University did suspend and/or dismiss students who were caught cheating during examinations and lecturers who
exploited students in any form.

In view of the fore-goings, the period of Professor Jude Ejike Njoku’s stewardship in FUTO was known as the University’s Golden Age when FUTO attained the status of being recognized as a distinguished citadel of learning and her products highly revered by employers of labor. There is
no gainsaying therefore, that this eminent Professor and administrat0r demonstrated faithfulness in the discharge of his duties. The Bible says he who is faithful over a little thing will be given a higher responsibility. Again the reward for hard work is more work as he was beckoned on to
serve as Hon Commissioner for in two Imo State top ministries of Land, Survey and Urban Development as well as that of Education immediately he left office as the Vice Chancellor of FUTO.

At the moment, Imo State is in dire need of positive change. It was a common saying by most Imolites then in 2011, they prayed for change which God gave them. Now they are praying not just for a mere change, rather a positive change because of dissatisfaction with the present state of affairs in the State. It is time to utilize a personality of Professor Jude Ejike Njoku to achieve this positive change so as to restore Sanity in State Governance as well as bring about enduring positive change and transformation. His track record of performance at the Federal University of Technology, Owerri as Vice-Chancellor is a clear indication of the magic he is likely to perform in Imo State if elected as Governor. 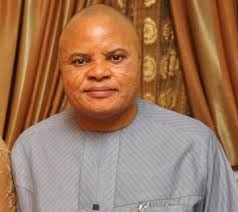 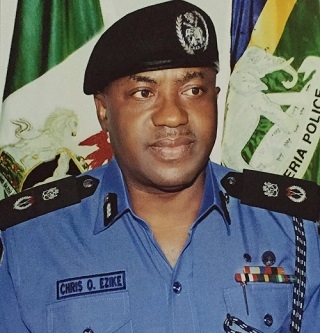 Posted by watchdog - October 31, 2017 0
By Anselem Anokwute The Imo State police command has announced a harvest of criminals, a number of who were paraded…