The interim President of Owerri Communities Assembly (OCA) Chief Sir Christian Oweaya Anukam (Agbawodikeizu Owere) have on behalf of his executives congratulated the entire members of Udodiri Ndom Owere at home and in the diaspora on the occasion of this year’s Mother’s Day celebration.
In his remarks Chief Oweaya also thanked the wife of the state Governor Dr. (Mrs) Nneoma Nkechi Okorocha for her kind gestures especially to widows, including those from Owerri Municipal Council whom she built bungalows for, as part of her “She Needs A Roof Programme (SNARP)” which Chief Oweaya unveiled and also sunk a borehole for one of the women to support Mrs Okorocha’s good works.
He urged the wife of the next person to be elected Governor of the state to emulate the kind gesture of Nneoma Okorocha and to even do more so that widows and indigent women can be well catered for. Agbawodikeizu Owere as he is fondly called said “Onye ashiri jide nke oji, nke oji ri mma” (whoever that is asked to sustain the tempo is doing a good job). According to the Grand Patron/Mentor of Udodiri Ndom Owere, he built a skill acquisition centre for the women which is situated behind Owerri Girls Secondary School, Owerri under the leadership of the President General emeritus Ezinne Justina Patty Oguoma.
Chief Anukam disclosed that he is a tested and trusted community leader that has served at different levels and in different capacities. He advised politicians to go home and impact positively on their people because charity begins at home than to wait until when elections are at hand. He also stated that he belongs to all political parties, and is not partisan but a father to all. He advised mothers to obtain their permanent voter’s cards and bring up their children in the fear and love of God bearing in mind that youths are the leaders of tomorrow.
He wished Udodiri Ndom Owere a happy and joyful 2018 Mothers Day celebration and prayed God to keep them alive to celebrate next year’s Mother’s Day in good health. 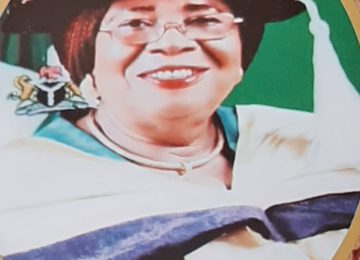