In view of several complaints by land owners in the state about the absence of a substantive Commissioner for Lands and the confusion over whom to meet for their land related problems, which include outright and arbitrary revocation of lands without due process, forceful conversion of such lands to private estates, extortion, intimidation and use of panic measures to compel people to give out their lands, under duress, Imolites at home and in the diaspora have condemned the actions of the governor, urging him to urgently create a ministry of lands to be manned by a responsible Imolite, a permanent secretary, etc in line with civil service procedure.
A source in the ministry who confided in this reporter said, the absence of a commissioner for lands is a deliberate ploy by the rescue mission government to ensure that governor Rochas Okorocha, his son-in-law, Uche Nwosu who was commissioner for lands, their agents and cohorts continue to hold sway and call the shorts. “They are scared that appointing a commissioner may unveil and possibly address the numerous land frauds and atrocities they perpetrated, since the inception of this government.
That is why they brought back Chief Basil Ogwunga, a retired director in the ministry as general manager of Imo Lands and Lands while the Deputy Chief of Staff (Operations) Engr. Kingsley Uju is chairman of Imo State Bureau for Lands. This is aimed at ensuring that all transactions about lands in the state are supervised by members of the government’s kitchen cabinet, to cover their tracks and avoid leakage”.
When contacted, a top management staff of the ministry who does not want his name in print said “complaints about land matters should be referred to the Director of Lands who presently calls the shots and reports directly to Uche Nwosu who is ultimately in charge and acts on behalf of the governor”.
Another source who also spoke on condition of anonymity said, “the governor and his agents in the ministry of lands, Bureau for Lands and Lands in their unbridled desire to continuously acquire people’s lands, look out for vacant plots of land, which they falsely claim is a hide out for criminals. They give owners of such properties 7 days notice to report for verification and when such people eventually report, they give stringent conditions that make things difficult and frustrate the owners into abandoning the lands for them to forcefully and unlawfully acquire and allocate to themselves and their cronies. Hence, most of the high rise buildings in Owerri are owned by friends relations, associates, and agents of top government officials”.
Continuing, the source said, “for instance, when the governor threatened to demolish buildings along Wetheral road, he first demolished his own house that was close to Renny’s Fast Food. Owners of houses around there out of fear started negotiating with government’s under cover property agents, who approached them and through whom the governor and his cohorts eventually bought the buildings from the frightened landlords. It is also alleged that one Engr. Bernard who is not an Igbo man is used to buy most of the houses and also use outsiders contractors and labourers in most of the construction projects.
“So when they mark, remove within seven days, it is just to frighten the owners who are compelled to negotiate with agents sent by government officials to enable them buy, take possession and then reconstruct the houses to their taste. For instance, the woman who owned the one storey building close to Olive Business Centre and other landlords at the beginning of Wetheral by Okigwe roundabout were forced to sell off their property at a give away price because of threat of demolition.
The embattled and controversial former Commissioner for Works and later Special Adviser to the governor on market development, Iche Uche Best Mbanaso who was recently sacked with ignominy by the Okorocha government is alleged to have sold the dummy to the governor, after using the same method to acquire most of the buildings in Orlu.

Posted by Watchdog Newspaper - August 27, 2021 0
·        Says opposition responsible for problems in the state The Imo state government has lambasted the major opposition party, the Peoples… 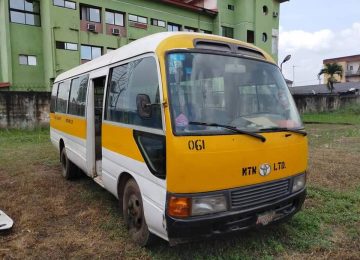