hen the case between Senator Hope Uzodinma and the All Progressives Congress (APC) along with the Independent National Electoral Commission (INEC), resumed on Wednesday October 17, 2018, at the Abuja High Court, after an earlier adjournment on Tuesday October 16, the legal Adviser to the party (APC) Barr Babatunde Ayala in his submission, admitted that the party erred in constituting another electoral committee for Imo state after the Gulak led Primary Electoral Committee which according to him, was properly constituted”.

The matter which was previously adjourned to give room for the APC National leadership to file their defense as to why the name of Senator Hope Uzodinma should not be submitted to the Independence National Electoral Commission (INEC), as the party’s authentic and properly elected candidate for the 2019 elections had all parties in attendance. It was during the Wednesday hearing that the son-in-law to Governor Okorocha, Uche Nwosu applied to be joined in the suit.

Following much pressure and alleged inducement, the court obliged Uche Nwosu and granted his request to be joined in the suit. There was no opposition to the application, though many have reasoned that since he came a distant 7th position, his joining in the suit is inconsequential, because in the event of any nullification, he cannot be considered a beneficiary.

After the submission of the defendant’s counsel, the matter was adjourned to October 23rd, 2018 for continuation, for hearing thus keeping the parties in suspense over the eventual outcome.

Addressing the press outside the court room, the counsel and Legal Adviser to the APC, Barr Ayala, maintained that, they (the party) erred by constituting another committee after the primary election committee led by Alhaji Ahmed Gulak had turned in its reports and instead of employing the normal internal mechanism process which would have been the setting up of an appeal panel where the parties that were not satisfied with the primary electoral appeal panel’s verdict, the National Executive Committee would be left with no option than to allow them to resort to court resolution and adjudication.

It would be recalled that INEC had announced Thursday October 18, 2018, as deadline for political parties to submit the names of their candidates for the 2019 governorship election, while November 8, 2018, is deadline for substitution of names.

With the uncertainty surrounding the legal fireworks, it is unlikely that Imo APC will meet up with the deadline. The ugly situation is said to have given the Governor much concern that he has literally abandoned Imo state for Abuja where he hopes to use all available means to tilt the verdict in his favour.

Meanwhile, grapevine sources have revealed that inspite of the noise by Prof. Nnamdi Obiaraeri the party has so far gone ahead to submit the name of Senator Ben Uwajumogu as candidate for Okigwe senate.

During a previous meeting with Adams Oshiomhole, it was agreed that part of the 55.45 ratio is for the serving senators such as Hope Uzodinma and Ben Uwajumogu, to decide who becomes the APC candidates for the House of Representatives, House of Assembly and party Chairmen in their areas. The understanding had since eliminated the likes of Nnamdi Obiaraeri, Uju Kingsley and Paschal Obi from the race, with Goodluck Nanah Opiah, and Hon Egwim of Ideato North and South federal constituency enjoying automatic tickets. The party leadership has raised eyebrows over Okorocha’s continued breach of the MOU.

When the source was asked if any name for governorship had been submitted to INEC since the issue has become a subject of litigation, he said no name has been submitted.

However, observers believe that Hope Uzodinma stands an advantage as there was no reason for his disqualification except that Okorocha is reported to be doing everything to impose his son-in-law, as governorship candidate even if it means losing his purported emergence as APC Orlu senatorial candidate. 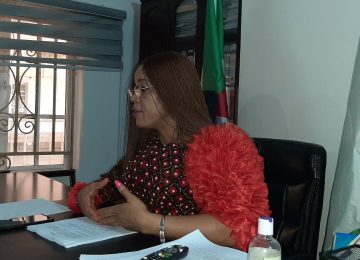