A pro-democracy group in Imo “the Imo Good Governance Team” (IGGT) has said that it is set to expose all the properties of the outgoing Governor, Owelle Rochas Okorocha who will be handing over to the PDP Governor-elect, Rt. Hon Emeka Ihedioha, by May 29 and his siblings.

The group which met in Owerri, yesterday spoke through their Publicity Secretary, Comr. Chukwuemeka Ogueri, stating that the decision to expose all the illicit and illegally acquired wealth of governor Okorocha and siblings is to serve as deterrent to other leaders who may want to go the way of the Ogboko born governor.

They pledged to work with all interest groups in Imo to catalogue the said properties while also encouraging those whose lands were forcefully acquired or revoked to reach them through their office in Owerri.

According to Comrade Ogueri, the group is a coalition of progressive organizations based Owerri. He stated that they have painstakingly documented the properties of the outgoing Governor and his siblings and will in due time expose them and insist that the relevant authorities do the needful by revoking the illegally acquired ones as the case may be.

They wondered how a governor could brazenly go haywire in acquiring wealth for himself without giving a damn at the expense of Imo people.

Meanwhile, available information has it that the group has already started reaching out to some stakeholders in Imo ahead of their public outing.

They stated this in reaction to a recent Governor’s boasting that Imo people cannot identify or enumerate all his numerous personal investments, which except for Lamonde Hotels Okigwe road and a makeshift printing press off Royce road by Ama J.K were all acquired within the period of eight years he served as the Executive Governor of Imo state.

ENTRACO Under Watch Will Be Responsive, Says GM;Advises Imolites To Obey Extant Laws

Posted by Watchdog Newspaper - March 24, 2020 0
The General Manager of the Environmental Transformation Company (ENTRACO), Hon Macdonald Ebere has expressed his commitment towards re-organizing… 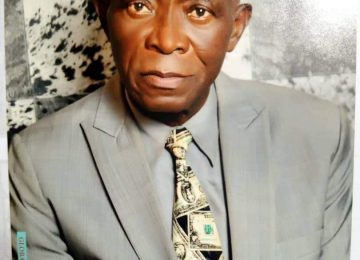