For the numerous travelers who had shortly landed at the Sam Mbekwe International Cargo Airport Owerri and on their way to the arrival hall to carry their laugages, it was a sad and herculeanary when the hall became stuffy and gradually turned out to be billowing smoke as a result of a fire out break which saw everyone at the arrival hall and around the airport premises scampering for safety and in total confusion. The source of the fire was not immediately ascertained hence the panic.

According to an eye witness account who simply identified herself as Gift, “we were at the departure hall waiting for announcement of our own flight, when we heard people shouting, “fire,fire,fire” and we all ran out of the departure hall to the car park”.

Though she couldn’t give insight as to what could be the possible cause of the fire incident, she expressed worry that a big establishment like Imo International Cargo Airport has no functional safety department which would have quenched the fire if they were well equipped with basic gadgets and required expertise.

At the time of going to press, no one could explain the cause of the fire outbreak.

Efforts made to reach the management of the airport proved abortive as three of the management staff who were contacted through phone call by this reporter, declined to comment on the development.

However, it was later said that the fire fighters from Owerri eventually got to the airport and successfully put off the fire but before their arrival, so much had been damaged beyond repairs including people’s laugages.

Another source hinted that some lives may have been lost too considering the density of the inferno, which billowing smoke covered the entire arrival and departure halls preventing passengers from accessing the exit point.

At press time, reports have it that the Governor-Elect of Imo state, Rt. Hon. Emeka Ihedioha has visited the Imo International Cargo Airport to assess the level of damage.

Meanwhile, a press release by the Airport authority signed by Hon Henrietta Yakubu states as follows;

The Federal Airports Authority (FAN) of Nigeria wishes to inform passengers and the general public that there was a fire incident that affected some parts of the terminal building of Sam Mbakwe International Cargo Airport, Owerri, at about 1400hours today.

The fire was however curtailed swiftly by officers of the Aerodrome Rescue and Fire Fighting Services Department of FAAN.

There was no casualty and normal operations has since resumed at the airport.

The Authority has commenced preliminary investigations into the cause of the incident.

FAAN…… Committed to our core values of Safety, Security and Comfort”. 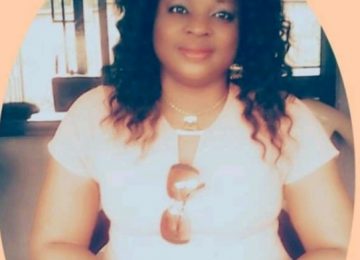