Last Tuesday, May 29, 2019, Owelle Rochas Okorocha ended his long sojourn in government house Owerri, with a caveat “nobody should fight me, I am no longer going to fight anybody”. Though he likened the incoming administration of Rt. Hon. Emeka Ihedioha, as the resurgence of elites for which he warned that the masses would once more be at the receiving end, with the rich becoming richer and the poor remaining poorer, the common people were however jubilant that the highhanded, selfish and hedonic Ogboko born politician has left office and power at last.

His exit from government house Owerri was therefore to most people in the state, a prayer answered and dream come true following the defeat of his inlaw, Uche Nwosu, who he had stoically positioned as successor, so as to continue to enjoy a third term in office, perhaps through the backdoor.

Only few of his friends excluding the traditional rulers council were on hand to bid him goodbye, with most Imolites already turning their backs to him. Among those who have since dissociated from Okorocha are the pensioners, including retirees from Alvan Ikoku Federal College of Education (AIFCE) Owerri, whose official quarters at shell camp Owerri, were recently demolished and the houses revoked and re-allocated to members of the governors family, friends and cabinet.

Also to be relieved of their hues and cries are the states civil servants, staff of Imo state owned tertiary institutions, who have continued to lamented over the 30% cut in their salaries, the traders at Ekeukwu Owerri market, whose shops, wares and personal belongings were destroyed when Rochas Okorocha invaded the market in a gestapo like fashion and brutally demolished every pin at sight. There are also the keke operators, motor tricycle spare parts dealers and importers, whose businesses were ruined and crippled following the banning of commercial motor tricycles from plying the streets of Owerri.

They have since cried to high heavens for sucour, all to no avail but now have reasons to rejoice with coming of Hon. Emeka Ihedioha, who they recently pleaded with to lift the ban placed on commercial keke operation and by implication their various means of livelihood.

This is not forgetting street traders along school road, Douglas and Rotibi and other adjourning streets in Owerri, where Okorocha in a bid to chase them away, resorted to dumping of refuse on their goods and wares, not minding it’s stench putrefying odour and potential for causing epidemics, and environmental hazards.

Other major victims of what was described as Okorocha’s obduracy, reign of terror, arrogance and recklessness including traders at New Market Owerri, where everything about the area like that of Ekeukwu Owerri, were reduced to rubbles, only for Okorocha to construct his proposed specialist hospitals which he was still unable to complete before his ignominious exit.

We could as well recall how Okorocha sent feverish shocks down the spines of landlords of World Bank Housing Estates Owerri, those of Imo State Housing Corporation at Umuguma and other places when he threatened to send bulldozers to demolish their hard earned houses unless they cough out N650,000 each with which to renew their CofO or N2 million for those who have no Certificates of Occupancy. It was a panic period with many of them selling-off their properties and many taking a mortgage to stave-off deprivation.

Expressing delight that the locust days of Okorocha are now things of the past, Retired Assistant Commissioner of Police, Barr Herbert Ibeka, who doubles as a Security Expert, observed that the tumultuous turn out of Imolites at the venue of Rt. Hon. Emeka Ihedioha’s inauguration, signifies sheer enthusiasm, unrestrained joy and total relief from bondage. “I feel highly excited. I could not rush my way through the stadium. I am so highly relieved by the various comments of spectators. They have all heaved a sigh of relief from the excruciating era of the wicked emperor. Imolites are generally happy. Like the bulldogs, they have been released from bondage which Okorocha unleashed on the people without hindrance.No wonder they came from all nooks, crannies, trouping and surging into the stadium to catch a glimpse of Hon Emeka Ihedioha.

Among them were Octogenarians who, with their walking sticks managed to find their way to the stadium.

In his own remarks, Prof. Francis Dike (SAN) former Attorney General and Commissioner of Justice of Imo State who spoke to our reporter from United State of America,put it this way, “everybody is happy. Everybody is jubilant. Nobody would believe it. It is the hand of God. From pictures and indications everywhere, people are over-joyed that today is a reality. It is glaringly clear that the atmosphere is filled with joy and jubilation. I hope the rule of law will be maintained after the eight years of turbulence, flagrat abuse of decency and turmoil”, he stated.

He also recalled that it was at the same Dan Anyiam Stadium Owerri in 2011, that Rochas Okorocha stood eight years ago and took over the 27 LGAs and their resources without any consideration for financial prudence or discipline and called on the people to make him account for it. He paid special tributes to the judiciary, press, especially the Watchdog Newspaper which took the bull by the horn to expose the impunities and malfeasances or that characterized Okorocha’s eight years administration.

On the absence of Okorocha from the venue of the inauguration of his successor, Prof. Dike said, it was because Okorocha did not want to be booed. “If he says he is popular, he should come into the stadium and see if the people would not throw satchet water and pebbles at him.

Secretary of retired Permenent secretaries in Imo, Mr Agba, in his own statement said, “regretted how Okorocha subjected his pensioners to untold hardship, lack, want, hunger and sickness”.

He was sad that many of the retirees would have been alive to witness this day but for Okorocha’s refusal to pay them, their pension arrears.

Meanwhile,Rt. Hon. Emeka Ihedioha, has promised to recover all forcefully acquired lands, properties and wished to modify the free education policy such that no one is discriminated again. 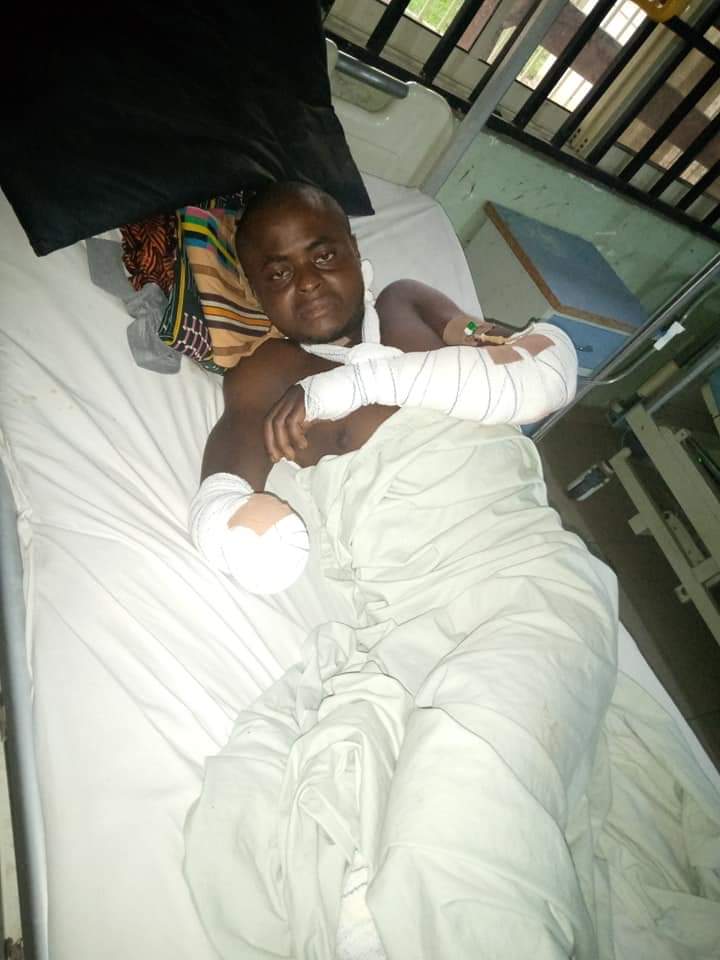 Posted by Watchdog Newspaper - May 3, 2022 0
It will be a ceremony of colours and funfare this Thursday, May 5, 2022 as the Federal Polytechnic Nekede rolls… 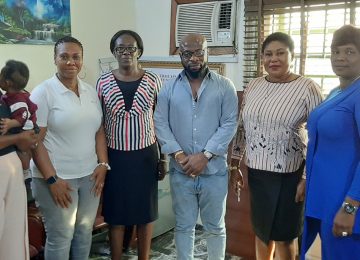