In a bid to further encapsulate his numerous efforts towards institutionalizing the town union system of government in Igbo land and bring it back to what it used to be before and after the colonial era, the President of the South East Indigenous Town Unions Association (ASETU), Chief Emeka Diwe yesterday left the shores of Nigeria for the USA so as to attend the World Igbo Congress (WIC), scheduled for August, 31-2 September, 2019.

The Annual International event meant to congregate Ndi Igbo of all extractions, at home in diaspora is slated to hold in Huston Texas, United States of America(USA), starting from 31 of August, 2019.

Addressing newsmen at Sam Mbakwe International Cargo Airport, Owerri, Diwe stated that the position of Ndi Igbo, especially with respect to the Nigerian project, calls for sober reflection. He averred that the unity of Igbo and development of the region will obviously top the agenda at this year’s World Igbo Congress where he is also expected to present a paper on “Town Unions and it’s strategic position in our history and development”.

When asked whether the threat by Indigenous People of Biafra (IPOB) will not deter or discourage many home based participants at the event, he stated that such program which is designed for the assemblage of Ndi Igbo is one that should not be toyed with. He agreed that there is a justifiable reason to agitate but advised that agitators should not take laws into their hands, stating that such actions will only portray Ndi Igbo in a very bad light.

Diwe further condemned the attack on Senator Ike Ekweremadu, saying that it was transferred aggression. He recalled the role of Ekweremadu in the Igbo Struggle at the Senate, unlike other leaders who are only particular about what they get and not about their peoples welfare and development. 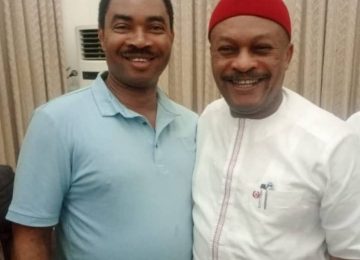