According to Oxford Advanced learners dictionary, it defines education as the process or art of imparting knowledge, skill and judgment.

But to me I believe that education is the process or act of training the future of any society, because the majority of persons that pass through education pass through it during their youthful age, which directly or indirectly implies that the level and standard of education of any society will determine the type of youths, leaders and workforce it will have in future.

For the past 8years Imo state government under the administration of Governor Rochas Okorocha operated what he called free education in Imo state, while majority of Imolites and it’s elites believed that for that 8years, Imo state operated an education system that is completely free from Knowledge. The standard of education and learning then in Imo state was nothing to write home about.

We had schools without teachers, some subjects had no teachers to teach them, there was no disciple among the teachers. A system that was so corrupt and damaged, a system where teachers come to school when they want and when they feel like, a system where the teachers are been used for campaigns, rally, demonstrations and protests while the students were left unattended to and sometimes used for farm works.

It is a pity to notice that it was only in Imo state that best graduating students are not properly attended to but millions are been spent to host and celebrate people that went to Big Brother Nigeria(a reality shows that shows and teaches nothing other than immortality).

It is a good thing to notice that currently the best graduating candidates in the just concluded 2019WAEC are citizens of Imo State. But at the same time, its very painful to notices that they never schooled in Imo State, rather the went to others states with functional government and good system of education. That alone have explained all I have being harming on. We have students with nice brains, Imo state youths are intelligent but what they lack is a good system, policies and academic environment.

Most of the scheme of work and academic curriculum in our schools are below standard, they are that of the 80’s and not of the present. We still teach our students things that have nothing to offer to our present day society. I will always say it, last year President Donald Trump made it a must that Ethical Hacking be added and taught to the Secondary School students in USA, while our students here are still learning life cycle of a mosquito, life cycle of a cockroach/butterfly, Newton’s first law, while others are learning new laws that is currently working with our present day digital society.

Thanks to God for this process of rebuilding Imo State, and from what I learnt during my years in school as an engineering student, when you talk of rebuilding you talk of changing the old structure and plan, modeling, modifying the structure in other to make it suit what is invoke.

The truth is that with the condition of Imo State now, and the way Imo state citizens are expecting miracle from Gov Emeka Ihedioha, I believe the best he can do, which am glad he is doing, is for him to choose the best of what he has to rebuild IMO from the foundation while others can come in later.

My friend will always say that you can’t change the fruit without changing the root, reasons while Gov Emeka Ihedioha is making sure that the best of men with the capacity and all it takes, are at the head of affairs now, which I applaud him for that.

It’s very true that only when people are sincerely and meaningfully involved are they willing to commit the best that is within them.

He appointed people not minded their profile or rank, he appointed them base on their capacity which have being tested and trusted, and the good thing is that they accepted to work with him towards rebuilding Imo state. If Governor Emeka can appoint formal Governor Ikedi Ohalim and he gladly accepted to head a committee, not just a committee, but an environmental committee, which he knows how to do better, as a former Governor that won the best Governor with the cleanest state in Nigeria, with his clean and green agenda.

Then no need to be surprise about Prof Viola’s appointment, she knows how to do it better in education. Her appointment as the commissioner for education is the best thing that can ever happen to Imo state and the students at this time, when the system have been so corrupt and decayed.

Prof Viola is so experienced and has all it takes to revive education system in Imo state. A former minister for education, former Pro-chancellor of the Nigeria Maritime University.

A professor of Biochemistry, she was a former minister of state for foreign affairs as well as education under former President Goodluck Jonathan. In 2004, she became the first Nigerian and first African female to be elected member of the Geneva-based International Aids Society (IAS) and became its African regional representative from 2004 till 2008 and re-elected in 2008. .

In 2013, she won the chairmanship of the Global POWER Women Network Africa. Later that year, she received the ‘European Union Honorary Platinum Leadership Award in Politics on 28 November 2013 in Stockholm, Sweden.

Onwuliri was the Chairperson of the African continental women’s society SWAAN and worked as Principal Investigator and Project Director in partnership with the Bill and Melinda Gates Foundation.

During her time as a minister she represented Nigeria during the United Nations General Assembly (UNGA) meeting in New York. Among the high profile events she attended were accompanying Former President, Goodluck Jonathan to a bilateral meeting held with President Barack Obama on Monday, 23rd September 2013. During which the US President pledged continuous support for Nigeria’s democracy and Counter-Terrorism efforts.

She later caused a stir in late 2013 as foreign minister when she requested that the Imo governor Okorocha give an expenditure account of monies in form of allocations from the federal government he received on behalf of the state, including Sure-P fund, erosion control, flood money, LGA allocations, NDDC allocations.

As a former minister for foreign affairs, and education she has traveled/toured around many developed countries and seen their level and standard of education, and I believe she will do justice to the ministry of education in Imo state.

While we applaud our Governor for this wonderful choice, let me also appreciate the acceptance of the appointee (to come down to accept to serve in what is conceived as “smaller than she was as a minister and Pro-chancellor”).

The truth remains that Imo state belongs to all of us

I, therefore, crave our indulgence to partner with the present administration, let’s all join hands and rebuild Imo State. No one is above Imo State, *Imo is our own, when you are being called to serve, please don’t look at your profile, accept the call and rebuild Imo.*

The Real Issues In Imo NUJ By Amby Uneze

Posted by Watchdog Newspaper - September 23, 2020 0
The Imo State chapter of the Nigerian Union of Journalists popularly known as Imo NUJ is a branch of the… 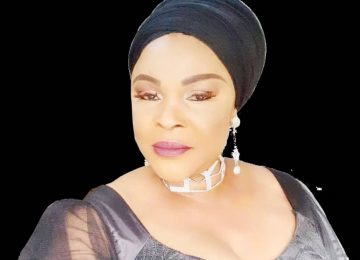