According to a press release signed by the Chairman of the authority, Hon. Henry Chukwudi Onwukwe, an Interim Management Committee, has been constituted with Mr. Jude Amobi as Chairman.

Consequently, Chief Emeka Ogidi and his executives were advised to hand over property of the Association in their possession to the new leadership. The directive takes immediate effect. 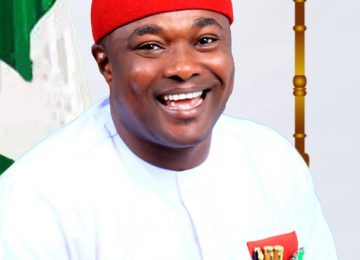 Posted by Watchdog Newspaper - May 22, 2021 0
History was made today as the Nigeria Association of Women Journalists, Imo State chapter reelected Barr. Vivian Ottih as the…

Posted by Watchdog Newspaper - September 7, 2020 0
v Say they are ready for fresh polls Cross sections of traders at the Imo International Market Extension Egbeada in Mbaitoli…

Posted by Watchdog Newspaper - December 14, 2019 0
The official opening ceremony of Orluzurumee Youth Assembly (OYA) national Secretariat, has been scheduled with the unveiling of the amended…