Rt. Hon. Emeka Ihedioha, who assumed office barely seven months ago as the Executive Governor of Imo State, has received his first Baptism of fire in that capacity.

This is sequel to a suit No: HOW/1275/2019 filed against his government by members of the Amalgamated Union of Public Corporations, Civil Service Technical and Recreational Services Employees (AUPCTRE), as Plaintiffs, opposing his recent concessioning of Imo Transport Company (ITC).

In the writ of summons already served on the government as the first defendant, the Plaintiffs averred that there cannot be a concession of Imo Transport Company Ltd, established by an existing law, as Imo Transport Corporation. It was also argued that any such concession to the Governors private Company “Transport Hub”, without due compliance with the relevant laws, regulating the existence and conduct of the affairs of the 4th defendant, Imo Transport Limited, cannot stand.

According to a source,the Transport Hub Ltd was allegedly registered for this purpose of the concession.

The Association in their capacity as Plaintiffs and stakeholders are of the view that such concession must follow due process of law and accused the Government of reckless abuse of authority and power.

They therefore asked the court to declare the unilateral action of Government in concessioning ITC as illegal, unlawful, a nullity and of no effect whatsoever.

Furthermore, the Plaintiffs are asking for an order of perpetual injunction restraining the Governor by himself, officers, workers, agents, privies, servants, assigns, representatives, successors from taking any step or further steps aimed at handing over or transferring Imo Transport Limited to “Transport Hub Limited”, or anybody under the guise or manner or terms without first taking the relevant and necessary legal steps required in law as Imo Transport Company Ltd (ITC) is a public enterprise.

Other defendants to the matter apart from Governor Emeka Ihedioha include the Attorney General and Commissioner for Justice, Commissioner for Transport, who only yesterday announced that Imo ITC workers were happy and satisfied with the concessioning, Emeka Aririguzo, as Chairman ITC Interim Management Committee.

No date has been fixed for the case even as it was discovered that Barr Wisdom Durueke,a human rights lawyer and National President of Civil Liberty Organization is appearing for the Plaintiffs.

Meanwhile the Court is advised to order the Commissioner of Police to prevent Transport Hub Ltd, from taking over ITC. The matter has given credence to previously publication accusing the management of running a private account in ITC, which was denied. 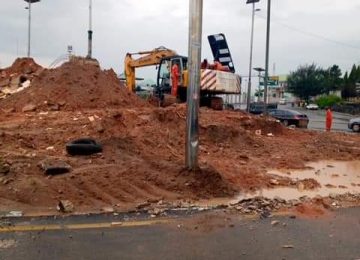