The former Governor of Imo State, who while as Governor dribbled Imo people for eight years and claimed that his late father was an Ochiedike or a warrior, has suddenly preferred Rochas to his family name Okorocha as exemplified in the name of his sons new found platform “Aham Rochas Foundation”, away from the Rochas Education Foundation, which  he ceded to his daughter, Uloma Nwosu, her sibling, Mrs Anwuka, Olusegun Obasanjo as Chairman and disgraced South African President Jacob Zuma as member.

Rather than the popular saying that, “charity begins at home”, Okorocha’s now self-effacing son had reportedly travelled far away to Orozo hinterland in Nasarawa state and in far North to share and deliver food items and other relief materials. “He has ignored and abandoned his immediate Ogboko community and Imo people whose public funds he recklessly and arrogantly frittered away, presently reeling in palpable hunger, anger and despondency”, our source stated.

Pictures of beneficiaries of the Aham Rochas Foundation largesse have gone viral on social media while those who Okorocha allegedly diverted their patrimony in Imo State and presently represent at the senate cannot boast of a square meal. This is even worse when Okorocha has suddenly defied all entreaties and persuasions to render accounts of his near one year stewardship to Orlu zone electorate who he represents. Only recently, Hon. Kennedy Ibeh of Umuoke Obowo confirmed that Okorocha verbally awarded 91 different classroom block projects to his White Label Company at a whopping cost of N3.6 billion in a nefarious bid to allegedly steal the state blind.

Okorochas Principal Secretary had earlier accused him of awarding a N39.6 billion contract and buying the contract sum in full, only to turn around to claim that the contractor eloped with the cash without laying a foundation stone. This is aside the N680 million Okorocha paid in full for a Ministry of Lands office complex in Owerri, without clearing any site and  curiously awarding that of Ministry of Transport and paying in full the sum of N680 million without any project executed anywhere in Imo State.

Besides the N3.6 billion which Okorocha cause Dr Mrs Uche Ejiogu as IMSUBEB Chairman to pay into White Label International Company for 91 primary school blocks, Okorocha had claimed that he invested the N3.3 billion generated from Roche group acquisition of Adapalm Estate Ohaji and Ohakim’s N13.5 billion bond proceeds on the primary school blocks projects. 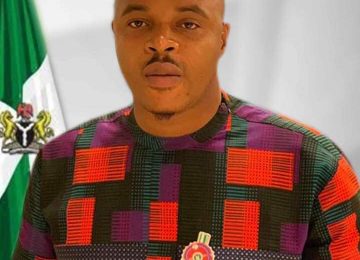