In our lead story in the Friday edition of Community Watchdog with the caption, “we are dying of hunger at home without monthly pension”, we inadvertently omitted two vital paragraphs of our conversation with Comrade F.I Agba, Secretary of retired Imo Permanent Secretaries which we hereby reproduce and regret the omission.

He was of the opinion that some persons seem to make a living from the use of consultants to verify and pay workers as against the use of finance staff of the Accountant General and Auditor Generals offices. Arguing further, Comrade Agba stated that if these consultants are qualified, they should be properly recruited as government workers and statutory remunerated.

On how much that is being owed, the elder statesmen, Comrade Agba said that the Okorocha government owed the pensioners accumulated arrears of between 22-45 months while the sacked Ihedioha government owed a total of three months arrears but continued with monthly payment after a rigorous verification exercise adding that with their status as frail, elder citizens are among the vulnerable ones,  should ordinarily compel the present administration to have paid the March 2020 pension before the lockdown and other stringent preventive measures.

It would be recalled that before the coming on board of the short-lived Ihedioha administration, Imo pensioners groaned, languished and even died in their numbers under the tyranic rescue mission government when they were told to take their mats and go to the cemetery to find rest, if their children and relatives could not fend for them.

Mr Agba described the planned or suggested verification exercise as a hoax and reiterated that the languishing pensioners are entitled to their pay which is statutory and not ex-gratia award.

Posted by Watchdog Newspaper - May 26, 2020 0
A senior citizen and prominent community leader from Nwangele local government area, Chief Fabian Iwuoha has been full of praises… 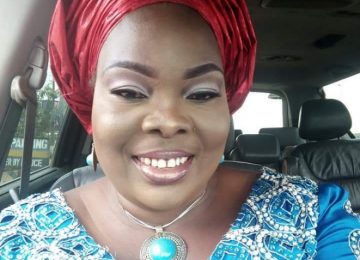