An astute politician and a former Senior Special Assistant to the Imo State governor on Rural development, under the administration of Rt Hon Emeka Ihedioha, CON, Chief Richmond Osuji has called on the Imo state governor, Senator Hope Uzodinma to wake up and hit the ground running with infrastructural development especially on road maintenance and construction instead of chasing irrelevant matters like he is doing presently.
According to the former Chairman of Aboh Mbaise Local government, it up to three months now he assumed power and there has not been anything tangible that could be said to have been done in the area of maintenance of deplorable state of our road before the rainy season proper.
He said the present government has continued to leverage only on social media propaganda and cheap blackmail against Rt Hon Ihedioha as if it’s infrastructural development and democratic dividend.
Chief Osuji made the assertion while interacting with journalists in Owerri, he went further to disclosed, that very soon a lot of the link roads in Owerri metropolise like the World Bank axis, Port Harcourt road, Umuguma road, Chukwuma Nwoha, Dick Tiger, Site and Services, Imo Housing Estate, MCC Uratta road, Old Nekede road  works layout, Orji and Nekede Mechanic village roads etc will not be passable by commuters as soon as the rainy season set in. “I don’t want to predict what will happen if the government fails to repair the roads before the rain set in fully. It’s better imagined than happening, because the negative consequences of it will be devastating on the Imo economy.” “It will spell doom and hardship to our people, I see it happening” he affirmed.
Osuji wondered why it’s taking the government time to get into the nitty gritty of governance especially on road works maintenance, having spent almost half of Ihedioha’s tenure already and yet the key to socio-economic development of the state is left unattended.
Chief Osuji posited that governance is not a virtual technology, but proffering practical solutions to the needs of the society by doing the needful at the appropriate time. He observed that Uzodinma led government is doing its infrastructural development on the social media than bringing the real dividend of democracy to the people physically. Chief Osuji said that Uzodinma will continue to fail if he continues to attack the people’s governor, Rt Hon Emeka Ihedioha and not doing much to over take his laudable track records.
Osuji went further to revealed that Rt Hon Emeka Ihedioha was able to make significant developments in a little time because he was focused and committed to doing the things that touches the life of the populace like the maintenance of bad roads using credible companies, paying 100 percent workers salary and pensioners as at when due and never owed them. He said Ihedioha was a man of uncommon character, very strict, honest, transparent, prudent, sincere and straight forward man dedicated to due process, which was why he made remarkable progress in a little time as governor.
“Imolites will know what they are missing as soon as   the real test for Gov Uzodinma comes which is the rainy season. Time will tell” he concluded. 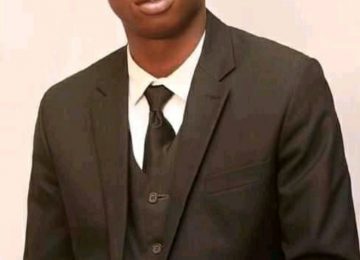 Posted by Watchdog Newspaper - August 16, 2021 0
-We have no such power to withhold their salary-Duru There are feelers that fresh crisis is presently looming at the…