More startling revelations of how the former Governor of Imo State, Senator Rochas Okorocha completely hoodwinked and blindfolded the people of Imo State in the management, administration of the state affairs were yesterday June 17, 2020, exposed at Justice Ekeka Judicial Commission of Inquiry on contracts awarded during his tenure of eight years, which is going on in Owerri.

Testifying at the last sitting on Tuesday, June 16, 2020, the Managing Director of Grandi Projetti Construction International Nigeria Limited, Mr. Jack Afara, a Palestinian national, told the Judicial Commission of Inquiry on Contracts that he worked on Lamonde Hotel, Owerri, owned by Senator Rochas Okorocha. Lamonde used to be the five storey hotel complex at Ugwu Orji along Okigwe road which was only completed and commissioned for commercial activities just the moment Rochas Okorocha assumed office as Governor of Imo State, but moved to Orlu road thereafter to deceive unsuspecting public.

He stated this “Lamonde Hotel job became clear to me, when I eventually saw a signboard, showing that it was a hotel. I was not paid N395 million for Government House projects”, as later claimed by Owelle Rochas Okorocha, as cost of reconstructing the former Orlu road house of okorocha.

On the involvement of his company, Grandi Projetti in the reshaping of the Imo Broadcasting Corporation’s, IBC, staff quarters Orji and transmitting station, Mr. Afara said: “When I started work there (IBC), I never knew that the governor was going to change the premises to Rochas Foundation College.”

Continuing, Afara said that the IBC Quarters Orji and the adjoining roads cost N195 million, stressing that he had an interim certificate for the work he did.

“My Lord, I am speechless. It is shocking to hear that a company was fully paid N4.8 billion for the Urualla Erosion Control project. My Lord, I did everything on this site. No other person did anything here. I have pictures to support what I did at the site”, Afara told the visibly angry and dumbfounded members of the commission.

While affirming that he also owns Mid East Construction Company Limited, Afara however, denied that the company did any N75,205,630 contract at Primary School 2, Orlu, for which the sum of N20 million was allegedly paid to his company.

Afara on further prodding similarly disclosed a strange practice, whereby contractors were expected to sign and deposit open cheques in the Government House, each time some money were paid to them.

“Each time we were given some money, we were forced to sign and deposit open cheques to the tune of the monies given to us. Most times, I will write to my bank, stopping the cheques when jobs for which I was paid, were accomplished or when I ran short of funds”, Afara said.

He affirmed that the jobs he did for Imo State Government were not advertised, adding that he was usually invited by Okorocha and asked “to move in and start work”.

“I was usually invited by the governor and asked to move in and start work. He usually promised that he would perfect the contract papers”, Afara said.

Hearing continues at the commission as Imo people who at first did not know how they were ripped off huge sums while Imo workers and pensioners languished in hunger, penury for non-payment of the wages, can now believe that the so-called rescue mission administration of Owelle Rochas Okorocha was afterall, a ruining mission that fleeced the state of every available funds, using very fictitious devices and spurious false claims as if the then Governor was a certified rogue.

Posted by Watchdog Newspaper - January 13, 2021 0
·        May be worse than predecessors The Speaker of the Imo State House of Assembly, Hon Paul Emeziem who assumed…

Nkwerre Lawmaker, Okwara Debunks Rumour Of Being Infected By Covid-19 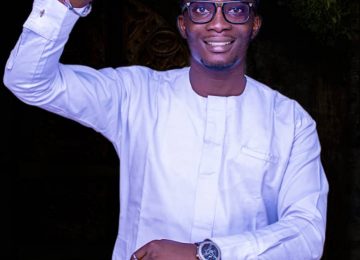