-Chiji Collins made a “saint”

It is no longer news that Nigeria Watchdog Newspaper has been barred from covering activities at the Imo State House Assembly but the fact that the leadership of the house does not realize that it does not have such powers to bar Journalists from covering their sessions.

As earlier reported, the reason for the action of the Mr Paul Emeziem led House of Assembly to bar Watchdog Newspaper from covering it’s programs is because of it’s tenacious adherence  to the role of a whistle blower, propagating an ideal society, and bringing to the front burner of public discourse acts that are inimical to the socio-economic growth and development of society, no matter whose ox is gored.

It was gathered that Nigeria Watchdog Newspaper incurred the wrath of the Paul Emeziem leadership  of the Imo state house of Assembly because the outfit has consistently highlighted several acts deemed un-parliamentary, disregard for due process, ineffective representation and poor service delivery by most of the legislators who not only seem to have forgotten why they were elected but have sacrificed the interest of the suffering Imo people on the altar of selfish interests.

A top management staff of the Imo state house of assembly who spoke to this reporter on condition of anonymity revealed that, the leadership of the house of Assembly is not comfortable with Watchdog’s crusade against the VAPP Bill, which the leadership  was at the verge of passing into law that would allegedly legalize  abortion and other vices that are not in tandem with Igbo traditional and cultural values as revealed by a pro-life group led by Dr Philip Njemanze.

According to the source, “the Speaker, Paul Emeziem specifically instructed that Nigeria Watchdog Newspaper and the Trumpeta Newspaper should under no circumstance, be allowed to cover events in the Imo State House of Assembly because they wash our dirty linens in the public thereby projecting the state legislature in bad light.”

It would be recalled that the Nigeria Watchdog Newspaper has over the years, carved a niche for it’s self by thoroughly investigating, analyzing and reporting events and activities of those in authority with a view of holding them accountable to the people.

“For instance the recent publication by Nigeria Watchdog Newspaper which accused some legislators of engaging in admission racketeering by asking students in their constituencies seeking admission into the Imo state university, (IMSU), Owerri  to come to their constituency offices with their credentials worries the House.The legislators had reacted by saying that what they did is part of their oversight functions.

The leadership of the house is also said to be unhappy with the way Nigeria Watchdog newspaper has been condemning their recent attitude of passing bills in executive sessions instead of the ideal and lawful method of tabling them for deliberation at plenary to enable all the legislators who are also representatives of Imo people who the laws will affect directly or indirectly to contribute to the debates.

Some of the House of Assembly staff who spoke this reporter on condition of anonymity said that with the way the current speaker is going, he may be worse than Chiji Collins, the erstwhile speaker.”He has already made Collins a saint”, the source stated.

Posted by Watchdog Newspaper - May 21, 2019 0
Following the recent alarm raised by the governor, Rochas Okorocha that his detractors have concluded plans to arrest him immediately… 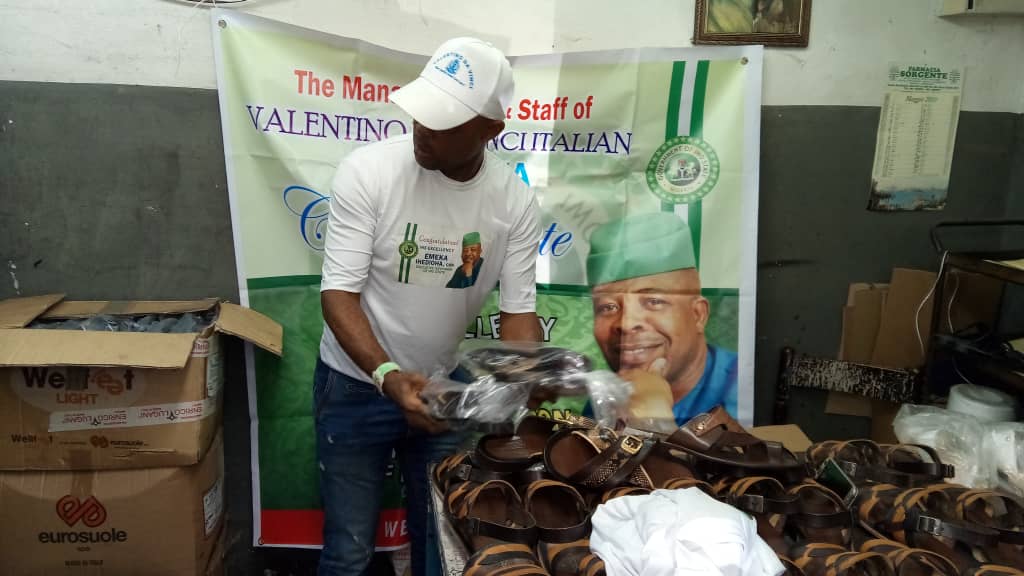