Editors in the state have been charged to use their pens in the promotion of unity and sensitizing the people to obey government policies and programmes instead of divisive tendencies which overheats the polity unnecessarily.

The Honourable Member Representing Ikeduru State Constituency and Majority Leader Imo State House of Assembly Amb. Uche Ogbuagu re-echoed this when some editors from Imo based tabloids paid him a familiarization visit  at his Akabo residence.

The lawmaker explains to the editors that his venturing into politics is not for personal aggrandizement but to serve his people who entrusted him with their mandate saying it is high time people checked the antecedents of the people who vie to represent them at various levels of government.
As one of them in the media industry, and now in a more nucleus sector, he is fully aware that he is in the eye of the storm but maintains that his own narrative of politics is to change the paradigm, deny himself comfort as he has been doing in attracting development to the area. Amb. Ogbuagu said that the hallmark of any leader is what he was able to achieve while in power.
He assures that God willing, he will strive to better Ikeduru than he met it. The lawmaker who listed some of his achievements within one year which includes, renovation of Nkwo –Imo Market, Orie-Okwu,, Orie-Akabo, Orie Umueze in Uzoagba, the modern police station and officers quarters,powerbikes, patrol van, donation and energizing of transformer, the Ikeduru Stadium project Iho, drilling of boreholes across the length and breadth of the area are only but tips of the ice berg as he is poised to adding meaning to people’s lives through development.  He declared that the High Court Complex in Iho will commence anytime from now as the approval has been given by the top echelon of the State Judiciary.

The Legislator praised the  shared prosperity Government ably led by distinguished Senor Hope Uzodinma, who deemed it wise to award the contract of the Owerri/Okigwe Road to Julius Berger, a construction giant. He said that the people are very much happy about this development as work on the road will commence next month. He charges the editors to propagate the activities of government while engaging in balanced reportage of events. He reiterated the readiness of the government to settle all pension and salary arrears, assuring them that the circumstances which constitute nuisance to the system are being tackled by the present government.
He berated those leaders who do not carry their people along and charged them to turn a new leaf as democracy is for the people and not for selfish tendencies.
As a legislator whose actions are guided by the law, he will encourage the youths as he has been doing through his numerous programmes to be upright, leaving a lasting legacy, as well as raising the bar in quality representation. He charged them to help in stemming the tide of insecurity in the system by being meaningfully engaged.

Responding, the leader of the delegation Mr. Austine Echereozo who said the group were on a familairisation visit to one of their role models and a senior colleague in the field before he joined politics. He expressed happiness that all the developmental strides Amb. Ogbuagu has made within just a year, describing him a living legend.
He called on the lawmaker to ensure that the fourth estate of the realm and mouthpiece of government which is the press does not work under unfavourable conditions.

Mr. Echereozo applauded the Lawmaker for having time to allow them benefit from his wealth of experience. They pledged to join hands with the government in promoting peace and good neighborliness and stability.

Posted by Watchdog Newspaper - May 26, 2022 0
The National Association of Nigerian Students (NANS) has proposed a nationwide peaceful protest in support of the lingering strike action… 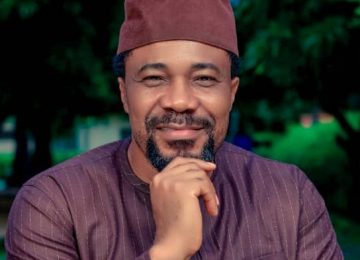 Posted by Watchdog Newspaper - January 27, 2022 0
-Opinion Poll Tips Him, Analyst  As the race over who represents Aboh Mbaise/Ngor Okpala Federal Constituency in the House of…