The Judicial Panel of Enquiry on Contracts awarded from 2011 till date yesterday Thursday 6th of August, 2020, interfaced with the Committee Chairman on Infrastructure and Integrity Test Engr. Kingsley Onwubiko who represented the Chairman of Nigeria Society of Engineers (NSE) Imo State branch, Engr Luke Uzoigwe, to speak on the Committee findings on the major contracts executed within the period under review before the Justice Benjamin Iheaka’s Judicial panel of enquiry on contracts.

The panel had earlier issued a Supoena to the Nigerian Society of Engineers (NSE) with reference number MISC NO: JUD/CICA/196/2020 to appear before it and testify in respect of award of contracts for the construction of various capital projects in Imo State and render reports of the integrity test conducted by the NSE on the now abandoned Orji and Amakohia Flyovers as well as the Port Harcourt road tunnels constructed by the administration of Rochas Okorocha.

The Panel had enquired from Engr. Kingsley Onwubiko who is the MD/CEO of Kingjen Engineering Ltd Owerri, his qualifications and experiences in the field of engineering to enable him carry out such integrity test on the said projects. The Committee Chairman on Infrastructure and Integrity Test Engr Kingsley Onwubiko noted that he has been in practice since 2005 as well as functioned as the Technical Secretary of NSE Owerri branch. He also used the opportunity to role out some of the major projects he has executed within and outside the state.

Speaking further, Engr. Onwubiko disclosed that the Imo State Government under the administration of Rt Hon Emeka Ihedioha wrote to the Imo State branch of Nigeria Society of Engineers requesting them to carry out integrity test on some of the capital projects executed by the Rochas Okorocha led administration including the government house buildings.

Engr. Onwubiko noted that NSE obliged the request and swung into action by doing physical observations and testing the said projects with the best standard practices in the engineering profession with a seventeen man committee made up of high profile engineers under NSE.

Following its findings on the said projects, the Committee Chairman on Infrastructure and Integrity Test of NSE reiterated that it’s committee followed engineering principles in accessing structures and also carried out physical examinations on each of the projects to ascertain its usability and as well determine the structural elements, so as to make its recommendations to the state government which they did in their report.

The Committee in their report recommended that the two tunnels along Port Harcourt road Owerri, which are called double cell bus covert in engineering profession be removed for it was lacking in standard whereby a properly designed over headbridge should be constructed to replace them for the best interest of road users in the state. Also the Committee recommended that the two Flyovers in Orji and Amakohia should be closed to enable proper rehabilitation by a notable engineering firm to guarantee the safety of its users.

Engr. Kingsley Onwubiko also disclosed that it’s Committee conducted another integrity on some of the buildings inside government house Owerri and discovered that six structures which include the expanded Sam Mbakwe Executive Chambers building, gold card building annexed to expanded Sam Mbakwe Executive Chambers, Ndubuisi Kanu Executive Chambers building, Banquet hall, Old Chaple and Security house(main entrance gate) were in poor condition and did not pass the integrity test thereby declaring them unsafe but approved Old Governor’s Lodge and Pentagon building as the two buildings that passed its integrity test at government house.

The Committee Chairman on Infrastructure and Integrity Test equally used the occasion to submit its committee reports to the judicial panel of enquiry under the distinguished Chairmanship of Justice Benjamin Iheaka as they requested in their subpoena.

On the other hand, Engr. Onwubiko expressed concerns on the poor quality of water been consumed by residents within New Owerri from their individual boreholes. He urged the state government to adopt what he described as doctrine of necessity and wade into the drilling of individual boreholes as there is high level of zinc concentration in most of the borehole water been consumed within the New Owerri area. 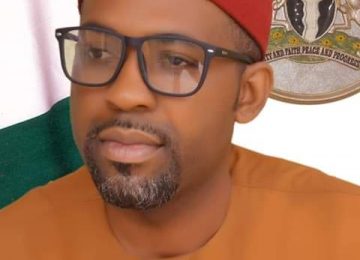 Posted by Watchdog Newspaper - October 26, 2020 0
By Martin Opara    Prince Macdonald Enwere, has emerged as the National spokesperson of United Movement for New Nigeria, a civil…

Posted by Watchdog Newspaper - May 18, 2020 0
–      Prays God to enable him fit the big shoes he left behind The immediate past Director General of Imo State…