A chieftain of the People’s Democratic Party, PDP in Orsu LGA, Mbamala Ebuka Nelto yesterday, hosted the leadership of Okwuetiti Ward and the larger Orsu PDP.

The event which took place at Okwuetiti Awo-Idemili witnessed a heavy turn out. It was also an opportunity for the Executives and leaders of the party to interact and deliberate with the LGA leadership on issues that will propel the party to glorious days.

The climax of the event was the presentation of some office materials  to the ward chapter of the party. The equipment was received by the chairman of the ward, Engr. Okey Anyaonu.

Speaking during the presentation, Mbamala assured of his commitment towards the development of the party in the ward, the LGA, and the State at large.

He emphasized on the need to join hands to take the party to greater heights. He extolled  the efforts of Engr. Ben Ekwueme, Eziada Sade Balogun and Engr. Geff Ojinika for making sure that the party is on the right track.

Hon. A I C Akwarandu, who was was also at the event, advised the party faithfuls in Orsu to remain committed and steadfast, for the PDP remains the only reliable party in Nigeria today.

The State Youth Leader of PDP, Hon. G.O.C Nwadike called on the youths of the party to emulate what Mbamala has started, reassuring them that the PDP of today will give every youth an enabling ground to participate fully in the affairs of the party.

In his response, Hon. Herbert Ubah thanked the guests for coming and appreciated Mbamala Nelto for his contributions towards the growth of the party in the ward and the LGA.

Also reacting, Hon. Mike Okafor thanked Mbamala for his love and generosity towards the party, assuring him that the party leadership will not forget these good gestures in a hurry.

The event had the presence of Hon. A I C Akwarandu, Fmr Special Assistant to the Governor on New Media; Hon. G O C Nwadike, State Youth leader of the P DP; Hon. Timothy Obodozie, State Assistant Treasurer of the PD; Apostle Paul Igbonezu, LGA Chairman of PDP, and a host of other leaders of the party in the LGA. 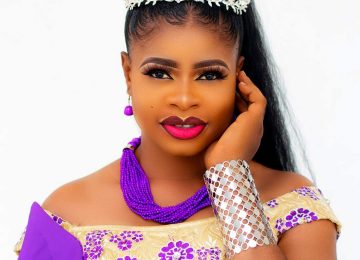 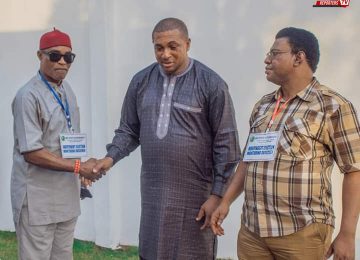 Posted by Watchdog Newspaper - November 4, 2021 0
A distinguished elder statesman of Igbo extraction and Chairman Ohanaeze Ndigbo Council of Elders, Chief Emmanuel Iwuanyanwu has made a…