The Chairman of the Nigerian Union of Pensioners (NUP), Imo State chapter, Dr. Sir Josiah Ugochukwu has disclosed that the state government is paying pensioners in the state in a staggered manner which is not yet harmonized to capture every pensioner in the state.

Addressing newsmen in his office shortly after its State Executive Council meeting which is the highest decision making body of the state NUP, he stated that some pensioners in the state are still being owed from March 2020 till date while some have been paid up till July.

Dr. Josiah Ugochukwu further disclosed that the organized labour in the state has been meeting over the issue of irregular payment of pensioners with the state government whereby the Governor, Senator Hope Uzodinma made available to him some records containing pensioners name stating that any person whose name appears in the record must have been fully paid but the state NUP Chairman refuted it saying that many of whose names that appeared therein were yet to be paid their statutory pension arrears in full.

Meanwhile,the reconciliation process as directed by the Governor has since commenced to correct all the irregularities associated with pension payment in the state. Dr. Sir Josiah also thanked the Governor for sending his Special Assistant on pension matters to liaise with his office in resolving all issues regarding payment of pension in the state as quickly as possible.

However, the NUP Chairman disassociated himself from the incessant demonstrations and protests by some groups who he said are not known to Nigeria Union of Pensioners in Imo State and as well not part of the NUP stating that he choose not to protest against the government because they are not militants and that majority of Pensioners in the state are old men and women who are no longer physically strong to go on demonstration, or protest march along major roads or streets.

The Chairman thereby urged all Pensioners in the state most especially those who are yet  to be paid to exercise a little patience stressing that if they could overcome former Governor Rochas Okorocha’s traumatic administration in the state, they will as well overcome the present administration of Senator Hope Uzodinma, despite its indifference so far, to the ageless pensioners. 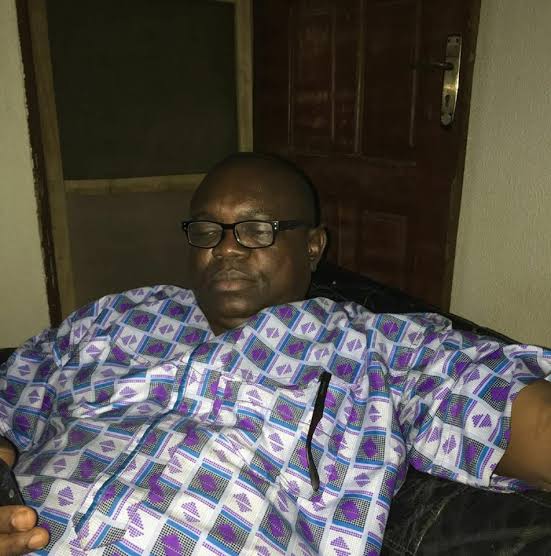 Posted by Watchdog Newspaper - June 17, 2019 0
The Imo State Government has constituted a committee for Recovering of Government properties. In a release signed by the Secretary…

Posted by Watchdog Newspaper - March 10, 2020 0
One of the state owned security outfits or agencies in Imo State, the Imo Civil Guards has been counting its…