A Support group of Rt.Hon Emeka Ihedioha,The Imo State Chapter of the Peoples Democratic Party (PDP) 2019 governorship candidate and immediate past governor of Imo state have descended heavily on the seven months administration of Hope Uzodinma who through a Supreme Court verdict displaced and succeeded Rt Hon. Chief Emeka Ihedioha, the Omenkeahunaya Imo State and his seven months Rebuild aggressive developments and transformations in almost every sector of the state.

The release captioned “Juxtapose: Ihedioha seven months vs Uzodinma’s seven months” which was signed by Comr Ebube Mbah, Director General of Ihedioha New Media Center enumerated the various developmental projects embarked upon, along side transformation of the State Civil Service and considerable increase in the internally generated revenue of the State which were unprecedented and novel and outlined  that the advent of Senator Hope Uzodinma is a back ward migration amid setting the hand of the clock and wheel of Imo progress, back.

“The January 14th Supreme Court Judgement on Imo Governorship election 2019 may have come and gone, but the aftermath is still fresh and glaring in the minds of Imolites. A comparison of the shortlived Rebuild Imo Administration of Rt. Hon. Emeka Ihedioha and the incumbent Shared Prosperity Government of Senator Hope Uzodinma within seven months of their respective administrations are presented below on various sectors. How did Imo fare under the two administrations? Find answers below.

Ihedioha Inaugurated ISOPADEC Board in less than two months in office. This means that the board was in charge of the resources of the commission within the period in question. ISOPADEC also executed many projects both in electricity, building of police stations, donation of vehicles to security agencies, reconstruction of health facilities, schools and civic center.

Hope Uzodinma has meanwhile failed to inaugurate ISOPADEC Board in his Seven Months. This means that Uzodinma has been the sole administrator of ISOPADEC funds for seven months. The result of this lapse is that ISOPADEC workers are owed several months. ISOPADEC has not done or started a single project under Uzodinma, for the last seven months which is a gross-disservice.

Treasury Single Account has so far collapsed under the leadership of Senator Hope Uzodinma, government procurements are executed without recourse to the Bureau for Public Procurement and Price Intelligence (BPPI).

The Ihedioha’s Rebuild Imo Administration Reduced the number of ministries from over 31 to 18. This went a long way in reducing the cost of governance in the state.

Hope uzodinma increased the number of ministries from 18 to over 22, this is in addition to over 100 SAs/SSAs under the payroll of Imo State Government. And this is coming at a time, he complains that he inherited an empty treasury.

Local Government workers were paid the backlog of salaries owed them by the Okorocha administration and maintained regular payments of LGA workers. Ihedioha also restored payment of 100 percent salaries to all workers in the State. He introduced the clock-in and clock-out timing system for local government workers.  Within the first three months in office, Governor Ihedioha reformed the State’s pension administration. He carried out a very successful pension verification exercise and commenced regular payment of pensions afterwards. A new Pension Board was also established, Imo State Pension Commission.

Local Government workers under the leadership of Hope Uzodinma have in the last 7 months witnessed staggered payment of salaries with deductions; the case has not been different with civil servants in the state. Governor Hope Uzodinma failed to sustain the clock-in clock-out timing system in the LGAs. Pension administration has returned to the dark days, this has led to several protests by pensioners, workers and the entire work force. For the first time in imo, we are hearing of Association of unpaid workers”. Worst still, ISOPADEC which has never complained before has some of their staff in prison custody for integrity for the non-payment of monthly salaries.

The Ihedioha administration restored electricity supply to the Aluminium Extrusion Company in Inyishi Ikeduru and its environs, as well as Oguta 33 line electricity project, restored power supply at the State secretariat and other public buildings after years of black out. Governor Emeka Ihedioha Performed ground breaking Ceremony for the Ohaji/Egbema Electrification project. The RebuildImo administration commenced the reconstruction of parts of the four federal roads leading into the State capital. They are:

He awarded and flagged off the construction of thirty one (31) critical roads across the State. Ihedioha rehabilitated the State Fire Service by refurbishing four fire service trucks as an immediate action to revitalize the agency abandoned for some years now. Restoration of Owerri (Otamiri Head Water Works) after eight years of dry taps was one of his top priorities. As a result water has started running in some parts of Owerri,before his sudden exit, but since the advert of the shared prosperity government, it appears the had of the clock has been set back or broken.

Governor Emeka Ihedioha inherited N13.5 billion grant from World Bank, under its Rural Access and Mobility Project (RAMP). Some of the RAMP Roads awarded by the Emeka Ihedioha Led Imo State Government are:

·        95% of these afromemtioned roads have been abandoned under the 7 months of Hope Uzodinma’s administration. Utammriri water scheme and some of the government institutions revitalized under Ihedioha has returned to a state of coma.

Recorded an increase in the state’s IGR from N250m in June to over N1.2B in December. Got AfrExim Bank to invest $50 million (N18 Billion) in Imo State in its proposed Quality Assurance Facility. Won the Business Day States Competitiveness and Good governance award of the fastest growing state economy.

When Hope Uzodinma resumed office on the 15th of January 2020, Imo IGR witnessed a decrease while the image makers of the government continued to claim of its increase, a development Imolites saw only on papers. Some of the investment institutions that eelier showed interest in Imo have all withdrawn.

Ihedioha commenced the comprehensive rehabilitation of the Dan Anyiam and Grasshoppers International Stadia Owerri, Established the Imo State Sports Commission and Partnered with Local Governments to revive grassroots sports by constructing modern mini-stadia, upgrading existing ones, in all the 27 Local governments. An Olympic-size swimming pool at the Oguta Lake Resorts as part of comprehensive efforts towards restoring that magnificent but abandoned international resort.

Construction/rehabilitation of these stadia has been halted under the Uzodinma administration. Heartland FC players are not left out in the nonpayment of salaries which is in excess of five months now and counting. This has returned the players to the days of hunger and anguish.

Except Ahiazu-Mbaise LGA which was completed and commissioned; The rest 26 LG Secretariats have been abandoned by Hope Uzodinma’s administration even at 80-90% level of completion.

Emeka Ihedioha initiated the reconstruction and upgrading of four (4) Technical Colleges in the State under the Technical & Vocational Education Training (TVET) program namely;

Governor Ihedioha paid the SUBEB Counterpart Funding and commenced procuring the rehabilitation of 305 classroom blocks. He facilitated the training of 200 teachers in Microsoft Office and basic internet skills at the Digital Bridge Institute, a training arm of the Nigerian Communications Commission – NCC.

These very important construction sites across the state have been abandoned for the past seven months of Uzodinma’s administration while those execution IMSUBEB contracts has not received their pay from the state government, another development which has led to the abandonment of these school projects.

Governor Ihedioha Facilitated the training of 100 Imolites on Artificial Intelligence and machine learning in partnership with 6-Factor, a California-based tech company. Training of 250 women in partnership with Microsoft on Computer Coding and Web development, most of whom have already gained employment. Trained 2000 youths on financial technology, in collaboration with e-Transact and Iwuanyanwu Foundation. Collaborated with the Leo Stan Eke Foundation for the training of 5400 Imo Youths on Financial Technology (FinTech). 2300 youths from 13 Local Governments of the State have benefited from the exercise prior to the Supreme Court judgment.

ENSURING SECURITY OF LIVES AND PROPERTY

Governor Ihedioha Launched Operation Iron Gate and Distributed Security Vehicles and gadgets to all security formations in the State and LGAs. Within the first two months of Hope Uzodinma’s government, he distributed another round of security vehicles in what he tagged “operation search and flush”, an exercise many Imolites saw as a repeat of what is already on ground. Distribution of security vehicles to ISOPADEC.

De-silting of Owerri Municipal blocked drainage system that were abandoned for over eight years. Rejuvenated ENTRACO for efficient management of urban wastes and reinstituted monthly environmental clean-up exercises as well as reintroduced the monthly Governor’s Prize for the cleanest Local Council, autonomous community, tertiary, secondary and primary schools in the state. Commenced the N9.9b World-Bank-Assisted Ezemazu gully erosion control project in Ideato North. Paid the counterpart fund of N500m within the 100 days of coming to office. The Shared Prosperity government of Hope Uzodinma have seen to the return of ENTRACO as a shadow of itself. Evacuation of refuse across the city seemed to be a difficult task whiles a battalion of thugs in the name of “Task Force” paraded the entire state terrorizing road users and extorting them.

May Imo Prevail”, the release concluded. 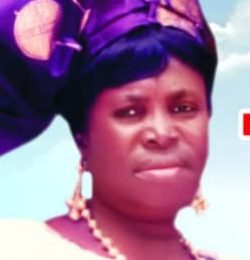 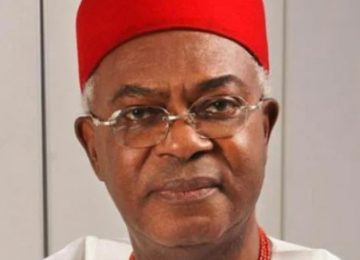