The former Publisher of the Big Truth Newspaper, Owerri and the Senior Special Assistant (SSA) to the Governor of Imo State on Print Media(local),Nwamkpa Modsdstus was yesterday investitured as a Knight of St. Mulumba of the Catholic Church, (KSM).

The event which took place at St Mulumba Catholic Church, Wetheral Road Owerri was colorful and had fifty five other brothers and sisters admitted by the Order of the church.

Sir Nwamkpa while having a chat with press men after the occasion expressed joy that he was found worthy to be admitted into the Ancient catholic Order promising to live up to the expectations of the calling.

He noted that the investiture was a call for a higher challenge in his life  as a devout Christianity.

He was investitured together with his wife Lady Amarachi Nwamkpa as a Lady of St. Mulumba (LSM). Among those also investitured was Sir Blydyn Amajirionwu, who doubles as Special Adviser (SA) Special Duties to Governor Hope Uzodinma. 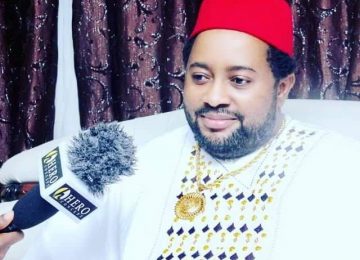 Posted by Watchdog Newspaper - December 7, 2021 0
The President, kukuoma Foundation, High Chief Summers V.C Nowkie has been conferred with the award of Imo Philanthropist of the… 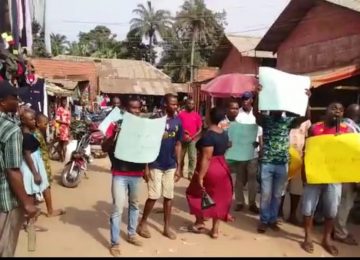 Posted by Watchdog Newspaper - February 5, 2021 0
Though the issue of extortion, alleged greed and high handedness of the leadership of market associations is not peculiar with…

Posted by Watchdog Newspaper - September 11, 2020 0
Senator Ifeanyi Godwin Araraume has assured all his admirers, loyalists and supporters that he remains the undisputed popular winner of…