Barr (Dr) Ikenna Ihezuo, a philanthropist and international business man,  who hails from Umuozu, Umuduruaku, Eziachi, in Orlu L.G.A, will on Friday, 27th November 2020, be conferred with the chieftaincy title of Dike-Eji-agamba 1 of Omuma, by His Royal Highness, Eze Philip Uzodinma, Ononenyi of Ozuh-Omuma.

The event which will hold at Ozuh Omuma Primary School is expected to be witnessed by political heavy weights, captains of industry, friends, relations and business associates of Barr. Ihezuo, including the state Governor, Senator Hope Uzodinma, who will be the Special Guest of Honour.

A release by Barr. Ihezuo, who was the Action Alliance candidate for the Orlu, Orsu, Oru East Federal Constituency, seat in the 2019 election, in respect of the event, says that reception will follow immediately after the epic moment in his country home at Umuozu, Umuduruaku, Eziachi in Orlu L.G.A, of Imo State.

Killing of Isu Councilor: Okeosisi Transferred To Abuja To Be Tried For Murder 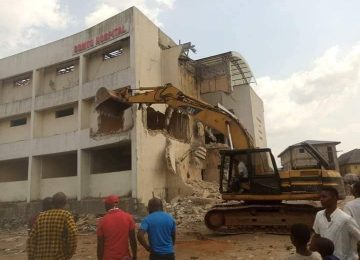