Lately, the state of Imo was enmeshed in a very serious security crisis that has never been experienced since it’s creation. It took the combined efforts of several security outfits and a reorganized Police and the infusion of strategic personnel to bring the situation under control and restore the state to normalcy.

This and other factors prompted the humanitarian outfit, Aka Ji Ikukuoma Foundation, at the behest of the Founder, High Chief Dr. Summers V. Nwokie, to pay a courtesy visit to the Imo State Commissioner of Police, Mr Abutu Yaro.

The visit-cum-parley which was held on the 29th of June 2021, was very resourceful and had sparks of intelligent deliberations as issues bothering on the safety and general well-being of Imolites were discussed.

Opening the talk with a resounding opening speech was read by the Director General of the Foundation, Comrade Julius Nnaji, which heaped some commendations on the Governor of Imo State, Senator Hope Uzodimma, for his focused, resilient and dynamic response and also the current Commissioner of Police, Mr Abutu Yaro, for his strategic, responsive and timely interventional efforts in restoring order in the entire state.

He further eulogized Dr. Nwokie for all the humanitarian activities he has been carrying out in Imo State and across the nation.The frosty relationship between the Police and the public was deliberated upon and the Commissioner of Police expressed his desire to restore trust and bridge the gap so as to create a friendly environment for all and sundry.

He went further to implored the Foundation team to endeavour to reach to him wherever and whenever they notice acts of Police molestation and brutality, which he said he will not tolerate in his time at the helm of affairs and likewise, called on everyone to feel free to report cases of crime at any point in time to his direct phone lines which were contained in the call cards he shared to us.

The meeting was very eventful and fruitful and it is obvious that the security of the state has been handed over to a Commissioner of Police whose expertise, tactical prowess and professionalism is of excess proportion.
To God be the glory. 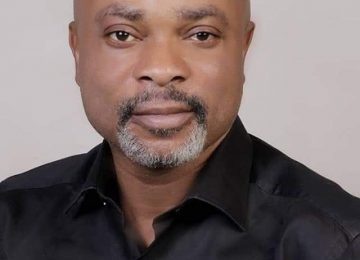 Posted by Watchdog Newspaper - March 23, 2021 0
v Says, though tenure as governor was shortlived, impact reverberates! The former Speaker of  Imo state House of Assembly and former…

Iwuanyanwu blasts President Buhari, Says he is responsible for hate speeches in Nigeria