The Imo state chapter of All progressives Congress yesterday waded into the brewing crisis rocking Isiala Mbano chapter of the Party, following the suspension of some prominent leaders of the party.

In a swift reaction to foil imminent breakdown of peace and order, the state leadership of the party ably led by Chief Marcel Nlemigbo directed the Peace and reconciliation committee headed by Hon Ugochukwu Nzekwe to look into the matter.

The letter signed by Hon Ugochukwu Nzekwe as Chairman of the Reconciliation committee which copy was made available to WEEKEND NIGERIA Watchdog Newspaper with bold caption, “RE: URGENT INVITATION TO APPEAR BEFORE STATE PARTY PEACE AND RRECONCILIATIONCOMMITTEE”, reads, “The following series of petitions arisen from a publication on September 2, 2021 edition of Nigerian Horn Newspaper which borders on suspension of some prominent party leaders of Isiala Mbano local government area, the State leadership of the party met and referred the matter to peace and reconciliation committee headed by Hon Ugochukwu Nzekwe.

“The committee among other pressing issues was mandated to investigate the immediate and remote cause of the brewing crisis and find lasting peace.

“You are by this directive advised staying the action pending the outcome of the committee’s findings and resolution”.

Posted by watchdog - December 19, 2017 0
–    Says; evil has taken over our land The General Overseer (G.O) of a New Generation Pentecostal Church, with headquarters… 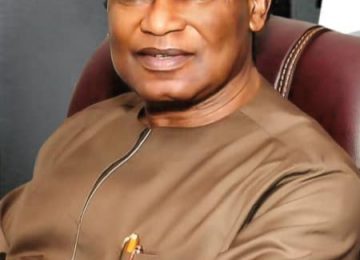 Posted by Watchdog Newspaper - July 26, 2021 0
The people of Amaigbo community in Nwangele Local Government Area, under the aegis of Amaigbo Political Forum have commended and…