In a statement he issued at Abuja recently, the President of Ohaneze Youth Council (OYC) Comrade Igboayaka O. Igboayaka narrated what should be done to accommodate and integrate the Igbos within the Nigeria political system to ensure that peace and unity reign in the country Igboayaka partly in his release stated that, “It would be recalled that the said agitation which has evidently taken a swift turn began since the year 1998 when Barr. Raph Uwazurike led the Movement For the Actualization of Sovereign of the  Biafra.

The release  made available to newsmen in Owerri, Imo State capital, the Council lamented that Biafra Agitation was incited by the protracted injustice and marginalization against NDIGBO.

He further staed that  the Biafra agitation took a new dimension with arrest of leader of Indigenous People Of Biafra(Ipob)  Mazi Nnamdi Kanu, said to be in the custody of the Department of the State Services, DSS, on the directives of the All Progressives Congress, APC administration of President Mohammadu Buhari.

Speaking, he said: “Today there are over fifteen strong secessionist groups in the Southeast region agitating for Biafra, which include, one led by Barr. Emeka Emekasiri, IPOB led by Mazi Nnamdi Kanu, Biafra Government In Exile led by Engr. Innocent Amadi, Eastern People’s Congress led by Comrade Okechukwu.

“Biafra Strikers Force led by Chidi Owu, Eastern People’s liberation movement led by Nnanna Kalu and many are coming up as a result of lack of inclusiveness of Ndigbo in national politics and governance, Comr. Igboayaka noted.

Comr. Igboayaka, described the  Nigeria president of Southeast extraction in 2023, as a perfect solution to the political differences and errors perpetrated by Gen. Gowon and Gen. Ojukwu from 1967 to 1970.

“It’s obvious that the new generation of Igbos, those below 57 years old didn’t experience the Nigeria-Genocide against Ndigbo, but they have inquired and feel aggrieved about why an Igbo person has not governed Nigeria then.

“This prolonged marginalization, injustice and economic strangulation against Ndigbo have formed the opinion in over 80 million Igbo people between the age of 15 and 57 years that Nigeria is not their country. Hence they seek secession for actualization of the  state of Biafra” Igboayaka recounted.

He admitted that a Nigerian President from the Southeast ought be a patriotic call for all right thinking members of the Nigerian society, to pave the way for a new Nigeria, adding, “where tribalism will be buried with the resurrection of National patriotism instead of ethnic patriotism”, he said.

Igboayaka further noted that “it’s not in doubt that the Southeast has lots of credible and competent presidential aspirants that can unify Nigeria on the path of ethnic reintegration, economic development and political stability.”

“Nigerians should come into the path of present political reality that Biafra agitation is opposite of Nigeria President of Southeast extraction, which the likes of Ogbonna Onu, Orji Uzor Kalu, Anyim Pius Anyim, Sam Ohuabunwa, George Moghalu have the patriotic capacity to unify Nigeria and integrate all parts of ethnic national to national consciousness.”

Concluding, Igboayaka noted that the real part of the deal for political solution to Nnamdi Kanu’s case “is to integrate him into the project of Nigeria president of Southeast Extraction 2023.”

Posted by Watchdog Newspaper - September 3, 2020 0
Worried over the criticisms by the Nigeria  Society of Engineers (NSE), Imo State Chapter over poor quality flyovers and bridges… 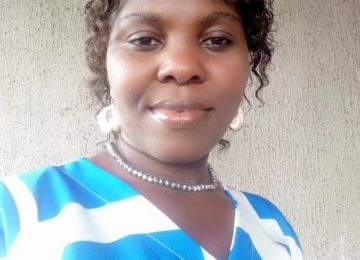