Senator Frank Ibezim representing Imo North Senatorial District, has said that the removal of Senator Ifeanyi Ararume as Chairman, Board of NNPC is befitting for a stubborn politician who has consistently refused to appreciate the enormous powers at the disposal of an incumbent governor.

Ibezim who stated this at a meeting with selected media executives in Owerri over the weekend, noted that Araraume has consistently failed to realize that Senator Hope Uzidinma as an incumbent governor has powers that could be likened to that of life and death. “He can order the immediate release of a person who has already been convicted and it would be granted. That tells you the extent of the power that he weilds.”

What else do you expect of a politician who does not want to appreciate the fact that Uzodinma as an incumbent governor can make or mar his fate politically and otherwise.

He however stated that as Senator representing Okigwe zone he made effort to reconcile Araraume with Uzodinma but the former refused  to cooperate by ignoring  his overtures.

“That notwithstanding, I did my best to ensure that he retained his position as Chairman, of the Board of NNPC, but I could not do much because of the enormous socio-political constraints and encumbrances.”

Senator Ibezim who also used the opportunity to highlight his achievement within his short stay in the Senate acknowledged the fact that though Okigwe zone has been very turbulent, he was able to do his best in line with the promises  he made and expectations of his constituents whose mandate he has and the entire Imo people who deserve the best in terms of democratic dividends.

Ibezim further said, “I am here today to give you the summary of my factual efforts and exploits within my short stay, precisely eight Months, in the senate.

This cannot be done without highlighting for your acknowledgment, the circumstances of my arrival and takeoff in the red chamber.

As you are aware, my friend and predecessor, Distinguished Senator Ben Uwajumogu, unfortunately died December 2019, and it took about One year and five months for his replacement to take place.

The implication is that for this long period of time, including about five months that late Uwajumogu stayed out due to litigation before joining his colleagues, Imo North had no representative in the senate hence no input in the 2021 Budget.

Consequently, there was nothing on ground for my constituency before my arrival. As you know, it is the provisions in the budget for every constituency that determines whatever dividend this constituency receives.

My constituency and I suffered three tragedies of loss of our senator, lateness to the senate and nothing in the budget for my takeoff and for our people.

With God on my side and the combined goodwill of our Governor and the Honourable Minister of state for Education, Barr Chukwuemeka Nwajuba, I was properly aligned and introduced to the Ahmed Lawan senate leadership, which I gave my all to sustain, to be able to secure some committee positions that have translated into lifeline achievements and dividends for my people.

They include support of my colleagues for my motions and favourable resolutions arising therefrom, sponsorship of two bills, one at the second reading stage while the other has been listed on the order paper for presentation upon resumption this January.

What I am sure most of us here are not aware of is my attraction of 5 key Federal Government Intervention Funding of palliative and strong economic significance.

These interventions are the Bank of Industry N30.000 Survival Funds which not less than 400 persons  from Imo North benefitted, N60.000 Special Public Works Program of which not less than 300 persons received, N500,000 Covid-19 Relief loan, with over 200 beneficiaries, N60.000 Job Security Stipends and N 100,000 National Directorate of Employment loan, which started hitting the accounts of our people in the month of  December 2021,350 persons have already confirmed receipt. These last two schemes are still1 on going to cover not less than 600 persons respectively.

In all, not less than 1000 persons for my constituency have benefitted from these intervention programs which have alleviated the pains and boosted the economy of households, families and communities in Imo North Senatorial District.

As one in love with foundation education, I flagged off the program of Classroom Libraries in our Primary Schools in the country using at least 18 Primary Schools in Okigwe zone as pilot. We have also motivated Teachers through Cash Prizes, to elicit their commitment and passion towards this project.

My office has facilitated federal government employment for my constituents, aside obtaining their letters of appointment. Not less than 300 persons are programmed to undergo documentation for various federal jobs in Aviation, Ministry of Education, National Drug Law Enforcement Agency, Road Safety and National Task Force among others.

I view this with a sense of fulfillment because the human capital development profile of my zone will enjoy a quantum leap when all of these jobs are fully profiled.

My office, through the 6 Constituency offices opened in each of the LGAs of our zone, has effected the training of our women and youths in different entrepreneurial areas to make the private sector drive our economy.

While preparing for the takeoff of the construction of Okigwe Power Transmission Sub Station which my first motion catalyzed, I have been able to facilitate the construction of a Solar Power Plant for Ehime Mbano and Ihitte Uboma LGAs and another, targeted for Okigwe North is on the way.

Our football loving youths are not left out as arrangements are in place to ensure their exposure to the international football market through my Football Academy.

I strongly hope that this year will record a huge landmark for Imo North Senatorial District from my input in the 2022 Budget.

I thank you for your time and pledge to sustain this briefing and partnership with you at least on quarterly basis.” 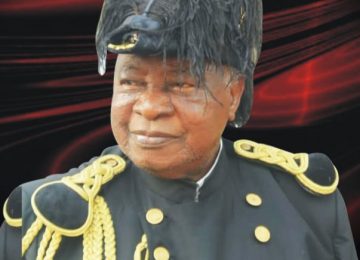