A commissioner in Imo state (name withheld) who is alleged to have impregnated a married female journalist in the state, culminating in the collapse of the latter’s marriage has been accused of engaging some media practitioners to blackmail the chairman of  Imo NAWOJ, Barr  Vivian Otti who they falsely said is pleading with the government to forgive her.

It was gathered that the said former commissioner infuriated by the way Barr Otii brought the commissioner’s affair with the lady he impregnated when he was a lawmaker many years ago on the radio programme has commissioned a group of  charlatans and non professionals to concoct and fabricate all kinds of falsehood aimed at discrediting Barr Vivian Otti, a thorough bred journalist, lawyer and Chairman, National Association of Female Journalists, NAWOJ, Imo State Chapter.

It would be recalled that Barr Otti during  a recent radio outing revealed that the said randy commissioner who she said delights in romping with married women has not forgiven her for shunning the advances he made at her and for also erroneously thinking that she exposed the details of his relationship with a colleague  who he later impregnated to the latter’s husband which led to the dissolution of the marriage.

Some Owerri based tabloids at the instance of the randy and loquacious commissioner in their publication, claimed that Barr Otti had gone to beg Imo State government for forgiveness.

However, Otti, a former staff of Imo Broadcasting Corporation IBC who recently resigned her appointment in a chat with this reporter refuted the reports which she said are false, fabricated and aimed at deceiving and misinforming the people.

She further told her audience during the radio program on Boss radio FM that she resigned her appointment after putting in many years because of the threat to her life and that of her family. 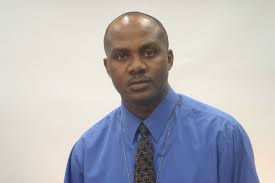