·        Accountant General,Head of Service in the eye of the storm

Months ahead of the 2023 general elections and as political campaigns and rallies will soon start following INEC time-table, there are speculations that mass resignation looms in the Imo State Civil Service and Public Service as most workers who are now owed 20-24 months salaries may voluntarily resign enmass to look for other means or sources of livelihood.

Most of those affected by the nonpayment of salary since  the emergence of Governor Hope Uzodinma as Imo state governor who are now planning to resign in protest can be found in the local government system where over 30 percent have remained unpaid for more than 23 months, and staff of Imo Polytechnic, Imo State university as well as other parastatals.

Efforts made by civil servants have met brick walls because the agents of the  consultant   in charge of salary payment are unknown to civil servants and those in charge of the finance units of these establishments where they work cannot proffer any solutions.

Some of the affected workers who spoke to this reporter on condition of anonymity said they have virtually resigned from their jobs for other establishments or resorted  to other means of livelihood while those still in service have no alternative means of livelihood.

This situation is coming days after the suspended but later recalled Barrister Mrs. Vivian Ottih,-Chair-Person of NAWOJ, Imo State Chapter, resigned her appointment as a staff of the Imo Broadcasting Corporation (IBC).

It would be recalled that Vivian Ottih, a labour leader who was suspended from office at a period she was a nursing mother for demanding the payment of her salary and those of her colleagues in the government owned electronic establishment. This angered the commissioner for information and strategy, Mr Declan Emelumba who directed that she be suspended for demanding her salary publicly.

Most of the owed workers are cowed by agents of government as they are cautioned that if they speak out they may be sacked which amounts to losing all their benefits and entitlements.

An investigation showed that over 30 percent of staff of the 27 local governments are owed 2 years salary arrears while 20 percent of Imo Civil Servants are short paid.

While this is going on, the State Accountant General, Mr Linus Okafor and the Head Of Service (HOS) whose duties are to harmonize and oversee payment of workers salaries appear helpless.

Efforts to get them speak on the burning issue of nonpayment of salary proved abortive as they declined to comment. 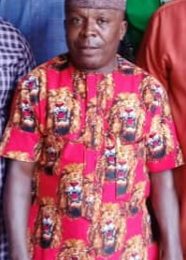