Residents of communities in Orsu local government area of Imo State who have for some time now, been subjected to unprecedented physical, mental, emotional and psychological torture arising from the incessant killings of their relatives and loved ones have once again cried out to the governor, Senator Hope Uzodinma to rescue them from the persistent onslaught of members of Ebubeagu security outfit who often storm the area to wreck havoc, leaving in their trail, sorrow, tears and blood.

It was gathered from a reliable source that members of Ebubeagu security outfit stormed Umuhuokabia community on Sunday and invaded some homes leading to death of not less than 5 people.

According to an eyewitness account, on the morning of  Monday, “five liveless bodies who were victims of the sporadic shooting were seen at different locations in the community”.

Another community leader who spoke to this reporter on condition of anonymity said, “the situation has become so bad that most of our people have fled the community to seek refuge in other places, while those who are presently at home are always in hiding. All business activities have collapsed as our markets, including the popular Eke Ututu seldom function. If this scenario continues, people who are scared of being killed by the ravaging gunmen will die of hunger and starvation.”

Continuing, he said, “in the most recent incident which occurred last Sunday night, the corpses of three people were seen in front of Nkwo Nwammiri market square while others including that of a young boy of about 20 years who works as a driver in his brother’s block molding industry were seen at different locations on Monday morning.

The most annoying aspect of it is that all those who are supposed to speak, condemn and draw the attention of the government and relevant authorities to our fate have neither done so nor convened a stakeholders’ meeting aimed at articulating views on how to address the menace which is gradually becoming a monster that may consume everybody if care is not taken. How can they continue to call themselves leaders when they neither speak nor act in defence of the people?”

When contacted, the Chairman, Interim Management Council of Orsu Local government area, Hon Obodo curiously said he was not around and was also not aware that people were killed in domain Orsu.

He further queried this reporter that as a lawmaker, is he supposed to be responsible for security of his people? 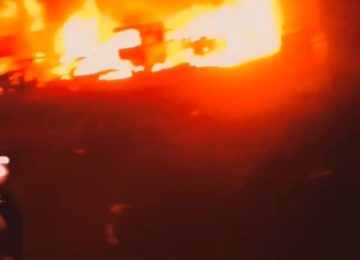