Prof Nnamdi Obiaraeri, a legal luminary, teacher and a former commissioner in Imo state has stressed the need for a provision to allow independent candidates contest election rather than making it compulsory that any person who wishes to contest  election must do so on the platform of a political party.

The erudite Professor who stated this in a press  statement faulted section 40 and section 221 of the 1999 constitution of the federal republic off Nigeria, as amended which states that only registered political parties are authorized to canvass for votes for a candidate in an election pointing out that, the present position of the law (no independent candidate in an election), has thrown up confusion in the polity leading to diametrically opposed or divergent views about who owns the votes cast in an election especially in relation to members of the executive arm of government who may choose to decamp after being elected into office on the platform of a political party.

He said,”Throughout the gamut of constitution, there is no express provision barring or prohibiting an elected member of the executive arm of Government from decamping.

“This is unlike what is expressly obtainable under the provisions of sections 68(1)(g) and 109(1)(g) of the Constitution of the Federal Republic of Nigeria as amended where an elected member of the National Assembly or State House of Assembly respectively is (subject to recognised exceptions therein) liable to vacate his seat if he becomes a member of another political party before the expiration of the period for which he was elected.

“Answering the query to whom does the votes cast in an election belong has therefore become very problematic.”

Prof Obiaraeri further noted that, “Some argue that the votes belong to the political party because, among other things, it is the party (its logo not name or photograph of the candidate) that is voted on election day. It is the exclusive constitutional prerogative of the party to sponsor candidates in an election.

“On the contrary, others contend that votes cast in an election belong to the candidate because the party does not go for screening of candidates and the Certificate of Return is issued to the candidate in his name and not in the name of the political party.

“All the sides of the argument are attractive and carry forceful convincing logic.

“This is like Siamese (thoracapagus conjoined) twins situation or resolving the query of seniority between the egg and chicken (which came first).

“Even the courts are also divided on the matter of who owns the votes in an election where an elected member of the executive arm of government defects to another political party following from the types of judicial decisions that emanate from the lower superior courts of record lately.

“It is thus settled that it will only take the Supreme Court the decide the matter conclusively on a final appeal.

“Even at that, opinions will continue to be divided if the constitutional provisions remain the way they are presently couched and if the Constitution continues to outlaw independent candidacy in an election.

“To break this serious deadlock, it is strongly suggested that the Constitution be amended to allow independent candidacy in an election. That way, the present nagging debates about the owner of votes cast in an election will be laid to rest permanently.

“With this proposed constitutional amendment in favour of independent candidacy, if a person contests an election as an independent candidate, the argument as to who owns the votes will never arise. The votes surely belongs to him.

“Where on the other hand, a person is a sponsored candidate of a political party, it will no longer be open for that person to claim that the votes belong to him and not to the political party under whose platform he contested and won the election.

“Given the present quagmire, independent candidacy is “a win win situation” and it is consistent with the right to freedom of association enshrined in section 40 of the Constitution of the Federal Republic of Nigeria 1999 which provides as follows: Every person shall be entitled to assembly freely and associate with other persons, and in particular he may form or belong to any political party, trade union or any association for the protection of his interests.

“The right to freedom of association includes not only the right to dissociate but also the freedom to be alone (independent).

“We call on our legislature to do the needful and save all the huge verbal expenditure and juristic ink being wasted on a matter that has a simple solution.” 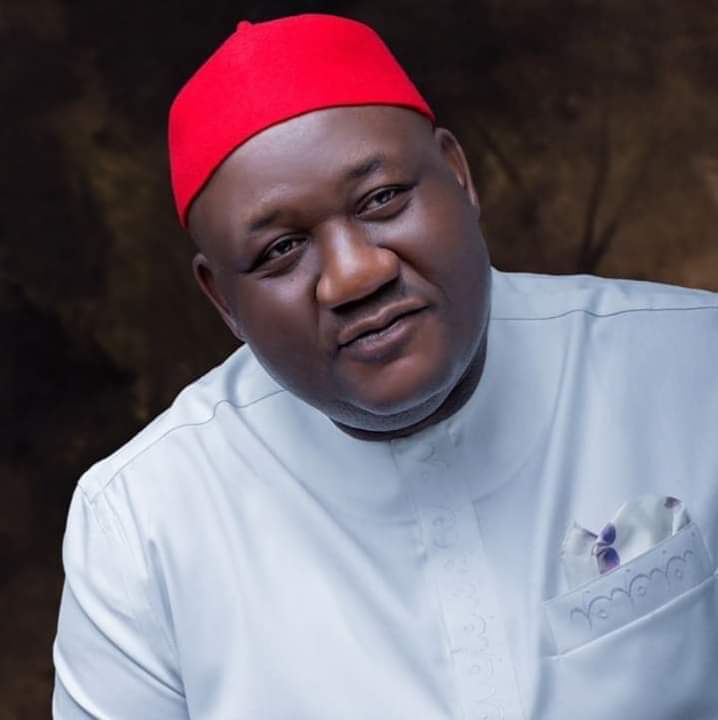 Posted by Watchdog Newspaper - April 27, 2020 0
Residents doctors at the Imo State University Teaching Hospital (IMSUTH) Orlu have threatened to embark on yet another round of…