There are reports that Princess Duru, the erstwhile Provost of Imo State School of Nursing and Midwifery, Orlu who was sacked by the former Governor Rochas Okorocha’s administration is desperately plotting to return to duty post just same way she staged a come back shortly  after Okorocha’s tenure.

Princess Duru who was initially succeeded by a Catholic Reverend Sister, Agu was reinstated by the ex-governor Rochas Okorocha in a bid to inject fresh ideas and reposition the institution.Our source hinted that shortly after Rochas Okorocha left the saddle, Duru worked her way into Ihedioha’s government and was reappointed.

Upon the emergence of Senator Hope Uzodinma in 2020,she was again sacked and Mrs Hannah Offor was appointed to hold sway.

It was gathered that Mrs  Morah Chuks Okoro who retired in September 2021 but has refused to give way for younger people is said to have made her self a willing tool to run down the current provost of the Nursing school through blackmails.

Moran Chuks Okoro was   Director of Administration and General Services, at Government House, Owerri from where she was appointed a Permanent Secretary.

The source further disclosed that “After her retirement as Permanent Secretary, she was granted 6 months extension of service which elapsed several months ago. But she is still in service till date despite series of complaints from concerned and aggrieved civil servants  who are not comfortable with the aberration which they consider despicable and unlawful.

Continuing, the source said, the retired Permanent Secretary who has refused to vacate office hails from Amaigbo, Nwangele LGA where Princess Duru also hails from but  married to an indigene of Onuimo LGA, both in Imo state.

Duru  is said to be the person blackmailing and doing all kinds of things to remove Mrs Hannah Offor despite having a very controversial, turbulent and chequered tenure as Provost of the School.

They are reported to have boasted openly that, “we will sponsor more damaging publications against current Provost and ensure she to enable Duru resume as Provost even when students don’t want her. 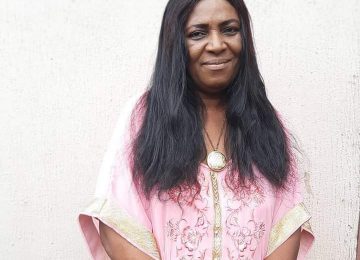