-Urges other political leaders to emulate him

Ugwu, a frontrunner for the Ideato North/South Federal Constituency seat made this known in her Easter Message to Ideato people.

While praying for peace, love and total healing as exemplified by the death of Jesus Christ.She urged political leaders across partisan persuasions to borrow a leaf from Governor Uzodimma’s approach, which puts peace and security of lives and properties above every other consideration.

She also commended the peaceful disposition of Ideato people which she said, has ensured that the area remains one of the safest and most peaceful constituencies in the State even with the “apparently politically sponsored acts of hooliganism ravaging the State.”

Giving a hint on her interest to vie for the Ideato Federal Constituency seat, she urged the people to look forward to a more purposeful and humane representation. 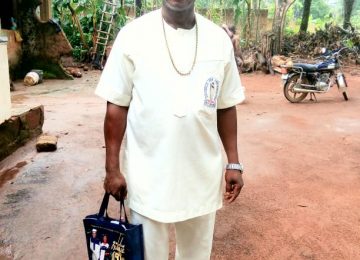 Imo Rescue Missionaries at war with each other

Posted by watchdog - January 5, 2018 0
-Put Okorocha’s camp in disarray ahead of 2019 With the 2019 election year, drawing closer, the contending forces in Imo…

Posted by Watchdog Newspaper - January 8, 2020 0
Nnenator Ihioma community on January 6, 2020, conducted what passed as a very free, fair and violence free election to…