In a move that is consistent with his nature of compassion and benevolence, the Rector of the Federal Polytechnic Nekede, Engr. Dr. Michael Arimanwa, has effectively reviewed the cost of transportation in the institution.

It was revealed  that the downward review of the cost of transportation was necessitated by the Rector’s kind disposition towards indigent students who were on the receiving end of the old transport regime. The Rector also crashed the price to sanitize the process for greater productivity. It will be recalled that the Rector has remained unwavering in shielding students from any form of exploitation.

Announcing the new price regime on behalf of the Rector last Thursday, Dr. Chris Onyemenonu (Deputy Rector, Academic) in a tripartite engagement with the transport union and stakeholders explained that management of the Polytechnic  administration would not condone any form of exploitation warranted by some middle men in the transportation value chain.

He, therefore, announced a downward review of transportation cost for services within and outside the school . For instance,  a passenger within the Polytechnic would now pay only N50 per drop as against N100. Similarly, a pair of passengers moving into the school premises from outside would N100 as against N200.

The Rector’s prompt intervention brings to an end the price variation introduced by some ambitious motorcyclists.  The Rector’s quick response to the transportation impasse has been described as a mark of responsive leadership.

Commenting on the development, the Dean Students Affairs, Dr. Okafo Okeraffia, thanked the Rector for his quick and decisive response in resolving the transportation challenge, describing his leadership style as proactive. Dr. Okeraffia further described the Rector’s intervention as “a welcome development which favours everyone” in the transport value chain, ranging from the motorcyclists to the students.

Speaking to FEDPONEK GAZETTE, the President of the Student Union Government, Valentine Ahaneku, described the Rector as a “trail-blazer and a compassionate leader who has the interest of  students at heart in all his policies.”

Mr. Ahaneku further expressed joy and excitement at the new transport regime which he described as “very favourable to students in light of the economic situation in the country.” He also added that with the new development, motorcyclists operating in the Polytechnic now drive with care as they no longer run at breakneck speed to meet up some phoney targets given to them by devious middle men.

Meanwhile, the Rector has expressed the readiness of his administration to revamp the transportation system in the Polytechnic which would see the gradual phasing out of motorcycles in the system. In their place, he plans to introduce buses in the institution which would operate at designated routes within even cheaper rates.

There is also a much bigger plan by the Rector to flood the polytechic with electric vehicles manufactured by the institution. These vehicles which are powered by solar panels do not use fossil fuel hence they do not emit carbon into the environment. These environment-friendly vehicles are products of the Federal Polytechnic Nekede, which according to the Rector at a recent occasion, would need to be mass-produced with more funding from donor-agencies and corporate bodies.

While speaking to a German Media outfit, Ruptly, last month, the lead engineer of the electric car production, Engr. Pius Nwosu, re-echoed the Rector’s stance in producing more units of the vehicles to solve the transportation needs of the Polytechnic. Engr. Nwosu also enthused that when the plan becomes a reality, other higher institutions in Nigeria would troop to Nekede to borrow a leaf.

There are many decisive steps the Engr. Dr M.C. Arimanwa-led administration has taken in the Polytechnic to shield Nigerian students from exploitations of any guise. Recently, the Rector rebuffed plans to increase the cover price of textbooks. While stating unequivocally that the purchase of textbooks remained optional he  announced plans to reform the procedure of printing textbooks where the Polytechnic press would shoulder the responsibility of printing books while paying royalties to lecturers who authored  them.

The Rector has also taken proactive steps to digitize learning in such a way that lecture notes can be printed in one composite compact disk plate or produced in a flash drive. This student-centred approach will enable learners to access materials with ease, among other benefits. 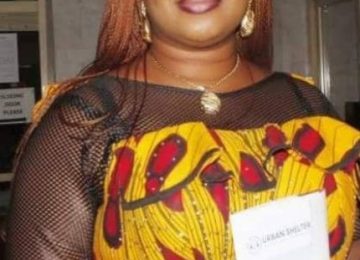 Posted by Watchdog Newspaper - April 7, 2022 0
There are reports of alleged payroll fraud at the Imo Internal Revenue Service IIRS. The alleged fraud is said to…