The emergence of a former member of the House of Representatives for Nkwerre, Nwangele, Isu, Njaba federal constituency, Hon Jones Onyereiri as the Peoples Democratic Party PDP, senatorial candidate for Orlu zone has elicited excitement and joy among party leaders and the Orlu electorate who described it as a welcome development that will engender unity of purpose and other attendant benefits in the zone.

Most of the leaders who spoke to our correspondent on the issue, said “there is no doubt that Hon Jones Onyereri worked harder than other aspirants, hence his emergence after the party’s primary election did not come to us as a surprise.”

They also posited that the emergence of Jones Onyereri as the PDP senatorial candidate for Orlu zone will serve as a unifying factor that will galvanize support for the party because, aside using his position as a federal lawmaker to impact positively on the people in various ways, he is not sectional or aloof.

They expressed optimism that Onyereri will perform creditably in line with the wishes, aspirations and expectations of the people who hold him in very high esteem as a result of his antecedents and track record of quality service delivery.

A PDP stalwart and scion of the famous Nzeribe family of Awo Omamma, in Oru East L.G.A Chief (Engr) Chime Nzeribe in a chat with our reporter, said, Jones Onyereri from all indications worked harder than all other  aspirants as his campaign train transversed all the nooks and crannies of the zone unveiling his programs and soliciting votes, after unveiling his blue print of action.

He also commended the electoral process which he described as free, fair, transparent.

Engr Nzeribe, a former Executive Chairman of old Oru Local Government Area stressed the need for Hon Onyereri to make peace with those who are either aggrieved or are not pleasantly disposed to his emergence as the PDP flag bearer for the Orlu senatorial seat, pointing out that no matter how strong and grounded a politician is, he needs everybody’s support.

Responding to a question, he said, “it is very clear that PDP will win all elections in Orlu zone. We all know that Jones Onyereri won the 2019 senatorial election but he failed to protect his votes.Hence Rochas Okorocha in his characteristic manner deprived him of his hard earned victory.”

Continuing, he said, “Okorocha was not and is still not as popular as Jones Onyereri. Afterall, what did Okorocha do to deserve the votes of the people. Honestly, in the next four years, no single project will be attributed to Okorocha because all the white elephant projects with which he hoodwinked Imo people to score cheap political points are collapsing one after the other”. He urged PDP leaders to close ranks, maintain synergy and unity of purpose.

“The PDP is a strong and formidable party in Orlu zone. For instance, in 2019, though we had a Senator who hails from Oru East, PDP still won in the L.G.A. This shows how popular the party is in the area.”

Other leaders who spoke in the same vein, including Chief Barr Emeka Mgbenwelu, popularly known as DumDum expressed optimism that PDP will sweep the polls in the area, come 2023.

Barr Mgbenwelu described the emergence of Jones Onyereri as the best thing that has happened to Orlu zone.

According to him, “the emergence of Jones Onyereri is adequate and well deserved compensation for the way and manner he was robbed of his mandate during the 2019 election.”

He maintained that Jones won the election but Okorocha in his usual way conspired with some fifth columnists to hijack the mandate. “Having secured the party’s ticket, it is obvious that he will ultimately win the election with a very wide margin. It is then that Orlu zone will confirm that he is indeed God sent.”

Any person who has come in contact with Jones Onyereri will attest to the fact that he is a man who is always determined to fulfill his promises despite all odds. There is no doubt that, he will in the same way fulfil his promises to Orlu people at the fullness of time.

“It is also on record that Jones Onyereri has not for once been invited or interrogated by the Economic and Financial Crimes Commission EFCC. He does not have a single file there, unlike some of his colleagues who are constant guests of the anti-graft agency for one fraud-related case or the other.”

“Despite the high level of conspiracy against him, he surmounted all the hurdles and emerged victorious. However, he has to reconcile and extend the olive branch to all, including those who robbed him of victory in 2019”. 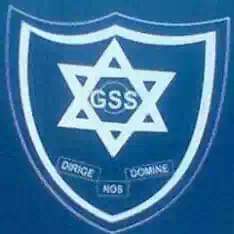 Posted by Watchdog Newspaper - May 9, 2018 0
–    Thugs vandalize Achingali secretariat –    Rep member fingered The ward congress of the All Progressives Congress (APC) which held…