Ahead of the March 11 state assembly elections and in the quest for a better representation for Owerri West local government area , the council of Owerri West traditional rulers have thrown their weight behind their son by unanimously endorsing the PDP Candidate, Hon Rogers Nwoke (Onwa) as their choice candidate.

According to them, Onwa is one man standing tall in the midst of others, and as traditional rulers it is their traditional role to identify and align with the aspirations of their subjects to the path of greatness. For them,Rogers Nwoke remains the best candidate considering his profile and antecedents.

Addressing them, Chief Rogers NWOKE expressed delight for the singular honor and privilege of having the backing and support of the Royal fathers.

He went further to assure them that if elected the traditional institutions in Owerri West will blossom again and it’s dignity restored.”I will work directly with the monarchs to address the  problems bedeviling the communities and pay close attention to solving other issues  as the need arise”,he assured.

The highpoint of the meeting was the traditional blessing during which NDI EZE washed the face, hands, and feet of Hon Rogers NWOKE as a sign of cleanliness and victory ahead while the monarchs also prayed for him.

The event which took place at the palace of Eze Eunan Eke,the traditional ruler of  Umuokpo had 11 other Ezes present; Prominent among them are;the two traditional rulers of Oforolla and Olaukwu Communities in the event presided over by Eze Lucky Okoro of Eziobodo who doubles as the Chairman Owerri West council of Ndi Eze.

Posted by Watchdog Newspaper - November 9, 2020 0
The opposition lawmakers in the Imo State House of Assembly, Owerri, have come out hard on Senator Hope Uzodinma, accusing… 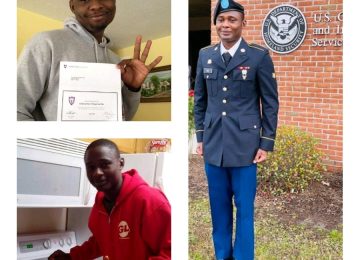