Tuesday December 5, 2017 recorded yet another day of cloud, unfavourable and ugly socio economic incident in the history of Owerri, the Imo state capital, as the city narrowly escaped another mayhem and uprising similar to the Otokoto saga of 1996 and the notorious demolition of Ekeukwu Owerri mid this year, when war broke out between deadly weapon carrying operatives of Imo ENTRACO and tricycle operators. The ENTRACO officials were out to forcefully impound the vehicles of the keke operators along the streets of Owerri just at a time when hundred of these commercial drivers barricaded the entrance gate of the government house Owerri to protest the total ban on their operations which virtually came into effect on Friday December 1, after several warnings, postponements and negotiations.

The aggrieved motor tricycle in their hundreds, re-grouped and launched a counter attack on the ENTRACO officials and the result was confusion, resulting in commuters strenuously walking to their various destinations until the hazy atmosphere cleared. It was a free for all fight along Wethedral and Douglas roads as hundreds gathered at the Okigwe road roundabout to have a tete a tete with the Governor who was alleged to be out of town thus action were suspended pending his return. Around to brief the protesting motor tricycle operators were Deputy Chief of Staff, Kingsley Uju, Lasbery Okoroaforanyanwu and Jeff of ENTRACO.

The issue of the ban on the use of tricycles for transportation in the state capital has lingered for so long time. Debates, arguments and reasons for and against the proposals had equally sustained for a long time and the scale seems to  swing in favour of the continued use of the motor tricycles for the sake of the ordinary man in Imo state. Residents of Owerri and its adjourning or surrounding “twenty satellite villages” know and can remember what the traffic situation and mobility condition were in the city with no township taxis or buses when motorcycle popularly called “okada or inaga” were used to decimate the population or residents and commit all sorts of crimes. That was before the federal government, followed by the states, introduced “keke Na pepe” for poverty alleviation in job creation, sectors of the economy.

The motor tricycle was discovered to be of high utility value and importance. Initially it became popularized in all the 36 states including Imo. The local Government in recent times has advanced a number of flimsy and untenable reasons for the ban but the people have attested to the continued use of the vehicles for a number of reasons especially in the city of Owerri and its environs. For instance, for many decades it was virtually important for residents of Owerri to interact or transact business as the National Union of Road Transport Workers and their allies could not provide enough taxi cabs or intra city buses as obtained in other places and both commuters and business mainly house wives were subjected to a number of harrowing experiences.

As a matter of fact, it was the popularized yellow keke that came to the rescue of the Imolites in 2010 under Governor Ikedi Ohakim, alongside with the new face buses that were sent into limbo by the so-called rescue government under Rochas Okorocha. Now come to think of it, there are about 55,000 yellow keke operators in Owerri alone registered under the umbrella of AMTT and government owned IMPTA. Whereas government has so far acquired only 300 Imo taxi cabs to replace them, over 80% of these motor tricycles are operated by unemployed young male or female graduates and under graduates. So far since the trial or test runs in September, 2017, the authorities have brought into the beautiful and now expanded streets, a number of rickety, abandoned Hiace buses most of which are road unworthy, unserviced cabs of all types and have re-introduced the federal government “Oke Bekee” of the early 80s in the name of taxi cabs. All these ply only limited routes and refuse to penetrate into the streets, hinterlands and avenues of Aladinma, Federal Housing Estates, Ikenegbu, Orji, Egbu, Emii, Obinze, Amakohia, Akwakuma, Uratta, Umuguma and so on where the kekes ply even at odd hours. It is our belief and popular opinion that since the roads are now wider enough to accommodate all modes of transport for mobility including keke under appropriate regulation live and let live taxi cab, keke city buses, should be allowed to complete for passengers always surging into the roads and roundabouts from nowhere in particular.

Total ban of tricycle is uneconomical, anti social and unpopular and aimed at inflicting greater economical hardship on the already depraved and suffering masses. The government may have good reasons for the policy, or programme but the timing and approach are wrong. Why at December, “the festive month when means of mobility or communication is mostly needed”, especially at a time petroleum is becoming scarce and pump price is going up. Democracy is a government of the people and for the people who need keke. Let us re-appraise the programme and give peace a chance. The people have been pushed to the walls and may soon react. Why these obnoxious anti-populist programmes and policies that accepted that keke constitutes some dangers and has some nuisance values yet its socio-economic importance and human values far outweigh its nuisance.

Once again, we appeal to His Excellency, the supreme spiritual head and traditional prime minister of Igboland and Idi Amin of our time to allow the tricycles, the operators, market women, artisans to exist. Egbe bere ma ugo bere, nke s’ibeya ebele, nku kwa ya.

We do not want to accept the various rumous, insinuations, speculations and gossips that keke was banned to make sure Okorocha realizes money for his 2019 election from the rickety Passat cabs, he bought as scraps just as they claim that Ekeukwu Owerri was demolished to force traders to buy-off the Governors private shopping plaza at Relief market. The same way Okorocha was accused of destroying civil and local government service so that no one exposes how the funds meant for Imo state from the Federal allocations and Board of Internal Revenue (BIR) are diverted in line with the diversion of Bailout Funds, Paris Club Debt Relief Refund money and the N26.7 billion left and handed over to him by Ohakim. It is high time Governor Owelle Rochas Okorocha accounted for these funds and demanded by democracy or he should be forced to resign. This is the only way to deepen democracy after conducting council elections. 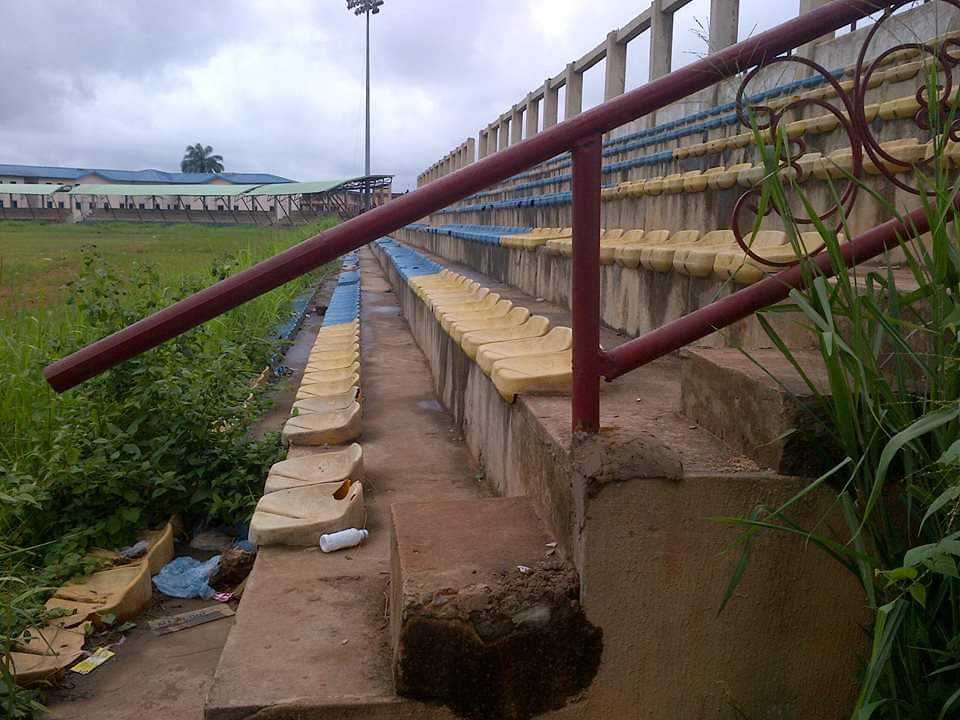 Joy to the world, Patience and endurance to Imo state

Posted by watchdog - December 19, 2017 0
Editorial A few days, hence, the world over, Christians and non Christians alike will be celebrating the commemoration of the…