Deacon Chike Okafor, may have lost the support of three of his colleagues in the Agburu camp of APC in his attempt at aspiring for the office of Speaker of the Federal House of Representatives.

Reports fielded by our Abuja correspondent have it on good authority that the trio of Ugonna Ozuruigbo (OZB), Kingsley Uju and Dr Paschal Obi, who are newly elected have been directed by their greatest political benefactor and god father, Owelle Rochas Okorocha to dump Hon. Deacon Chike Okafor for Hon. Femi Gbajabimiala in the contest and raging battle for the speakership of the Federal House of Representatives.

Though the reason given for this was reported to be a condition to Rochas Okorocha in order to get a soft landing in his efforts to reclaim his controversial victory as senator-elect of Imo West; it was reliably gathered that there has been a cold war between Okorocha and his former Commissioner for Finance turned Federal lawmaker, Chike Okafor.

There were indications that Okorocha’s decision to use Hon. Acho Ihim as running mate to Uche Nwosu was influenced by the governor’s wife, Nkechi Okorocha who it was learnt sold the dummy that “Chike Okafor was not reliable” and might be out to undermine the administration of his former school mate, Uche Nwosu who introduced him to Okorocha in the first instance.

As revealed to weekend Watchdog, Okorocha’s decision to replace Deacon Chike Okafor as running mate to Uche Nwosu in acceptance of the wife’s position on this created a gulf between the two close confidants with Hon. Okafor reminding the governor that while serving as Commissioner for Finance he was instrumental to most of the Rescue Mission’s achievements having run the finances prudently.

Notwithstanding Okafor’s explanations, Rochas Okorocha was reported to have clandestinely supported one Ndubuisi Emenike the AA candidate, against Chike Okafor in the race for the Okigwe South Federal constituency.

However, just when it was obvious that Hon. Okafor won the election and as a ranking officer might get the plum position that would be allocated to the South East, Okorocha allegedly reached out to Senator Ahmed Tinubu assuring him of the support of his “boys” in making sure Gbajabimiala emerges speaker.

Upon learning about the conspiracy, Chike Okafor opted to throw his hat in the ring for the speakership and with Hon. Dogara and others, he stands a better chance if othee PDP members throw their weight behind him.

Posted by Watchdog Newspaper - July 14, 2022 0
·        Seek Buhari’s intervention to avoid havoc -CAN vows to mobilize against APC The choice of Moslem Presidential candidate in the…

Posted by Watchdog Newspaper - August 3, 2019 0
A source close to the committee recently inaugurated by the governor of Imo State, Hon Emeka Ihedioha, has revealed that… 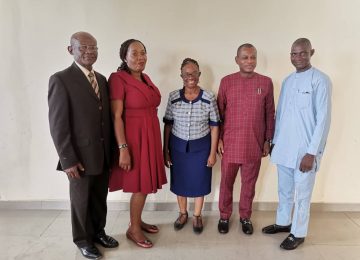